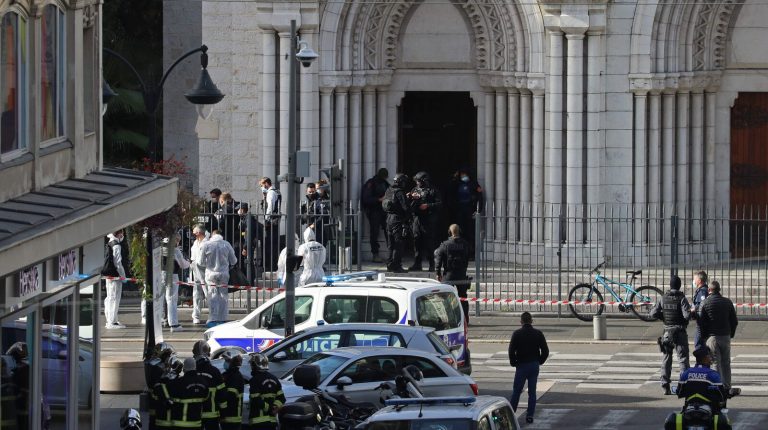 Egypt strongly condemned the knife attack that occurred, on Thursday, at a church in the French city of Nice.

Three people were killed and several others were wounded when an unidentified person stabbed a number of people at the heart of the Notre-Dame basilica. One of the victims was beheaded.

The attacker was shot by French police at the scene and was taken to hospital.

In a statement, Egypt’s Ministry of Foreign Affairs extended its sincere condolences to the families of French victims, and wished a speedy recovery for the injured.

The statement affirmed that Egypt stands with the government and people of France in facing this abominable incident. It also stressed that “terrorist incidents are completely inconsistent with the human instinct and the teachings of all monotheistic religions.”

Moreover, Al Azhar, the highest Sunni Muslim institution in the world, condemned the Nice attack, stressing that there is no justification for such hateful terrorist acts that contradict the tolerant teachings of Islam and all monotheistic religions.

Al Azhar called for international cooperation to counter all acts of violence, extremism, hatred, and intolerance. It also warned of escalating violence and hatful rhetoric, hoping that the voice of wisdom will prevail eventually.