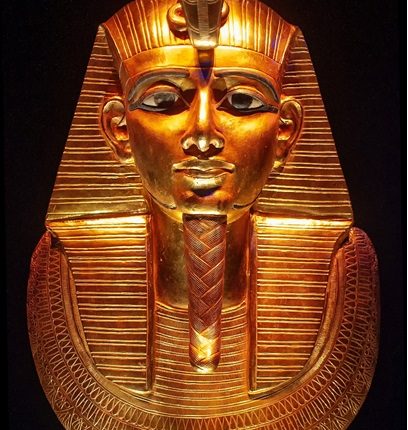 The find was remarkable, with mummified remains wrapped in cloth and buried in ornately decorated sarcophagi with brightly-coloured hieroglyphic inscriptions. The discovery was the first since the novel coronavirus (COVID-19) pandemic mostly shut Egypt’s museums and archaeological sites, and reduced tourism to a trickle.

What is interesting is that, to be frank, a mummy is much like most other mummies. Sure, there may be more colour, but the basic concept remains the same. And yet, these artefacts of Ancient Egyptian history have had a spellbinding effect on the West since the first mummy, named “Ginger” for its red hair, was exhibited at the British Museum in 1901.

The first Hollywood mummy film, 1932’s The Mummy, was a smash hit and since then, Hollywood has produced close to 100 mummy related films.

So, what explains the Western world’s fascination with Egyptian mummies? It is not like they are the world’s only examples of well-preserved, ancient human remains. And they are not the oldest. One mummy that was DNA tested was found to be 28,000 years old. Called Paglicci 23, due to its being found in the Paglicci Cave in Apulia, Italy, it predates the oldest Egyptian mummies by 25,000 years.  There are Chinese mummies, there are South American mummies and there are frozen or preserved-in-a-bog specimens, some of which are in excellent condition.

There is something about Ancient Egypt that has lured Western scientists, tourists and film makers for generations. Hollywood is infatuated with mummies, but even Tom Cruise could not save the disastrous 2017 film “The Mummy”. The intended attempt to create a new franchise, on paper, had everything going for it: a great cast, a spookier story, a sexier mummy, but it bombed, badly. Universal Pictures put up $345m, no doubt banking on Cruise’s star power, but the film ended up losing the studio as much as $95m.

You would think after that they would have learned their lesson, but no, internet rumours abound of a 2021 Mummy re-re-boot, this time starring Dwayne “The Rock” Johnson. Every studio is denying it, but the fact there are fan-made trailers for a non-existent concept film online attests to the staying power of Egyptian mummies.

Hollywood should have let things be with the well-received 1999 The Mummy remake starring Brendan Fraser, a film that mixed adventure and humour well. The film and its cast did not take themselves too seriously, and audiences enjoyed the ride. But of course, Hollywood executives love to beat a dead camel and made half-a-dozen squeals and prequels and spinoffs, most of which got lost in the quicksand.

And it is not just mummies that Hollywood seems infatuated with. The whole “mystical Egypt” trope has spawned dozens of films, with The Scorpion King, Legion of the Dead, and even X-Men: Apocalypse, whose villain was some sort of ancient Egyptian king-mummy, to cite just a few.

It might be fair to credit or blame French scholar Jean-François Champollion with this enduring fascination. Champollion was the man who, in 1822, finally cracked the code to Egyptian hieroglyphics. He had become entranced by hieroglyphics after spending time in the service of Napoleon Bonaparte as French armies rampaged through Syria and Egypt in 1798, partly in a bid to weaken Britain’s control of India.

That French invasion also gave birth to another enduring western myth related to Egypt: that the nose of Great Sphinx of Giza was shot off by French troops doing target practice. Modern scholars have debunked the claim and archaeological research has concluded that it was broken with instruments sometime between the 3rd and 10th centuries CE, but by whom remains a topic for debate.

But back to the mummies. Some praise the sophistication of Ancient Egyptian mummification. Reports note that the 3,000-year-old mummy of Pharaoh Seti I looked like he was sleeping, after being discovered in 1881. The Minneapolis Institute of Art, however, has a deeper answer than just how pretty the mummies look.

In one word, it is “intrigue”. In an article for the Institute regarding Egypt, Jan-Lodewijk Grootaers, MIA’s curator of African art notes, “There’s something about the mystery of it all. Things are hidden — in pyramids, in tombs, in sarcophagi. There are false doors. Even hieroglyphs require a code to understand them.”

Mystery does indeed abound. King Tutankhamun’s mummy was buried inside three coffins nested inside each other like Russian dolls, which were then hidden inside a sarcophagus, which was in turn hidden inside a frame, all of which was entombed inside four shrines. Why he required nine coverings is fascinating and allows each observer to “choose your own adventure”, if you will.

With so much still unknown about ancient Egypt, the mystery is sure to continue to entice travellers, scientists and of course, Hollywood.

Is Nefertiti long-looked-for mysterious mummy buried next to Tut?