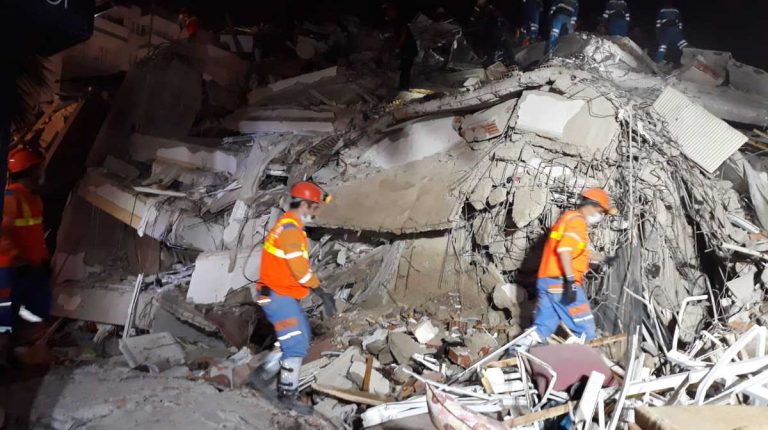 Egypt expressed its sincere condolences to the families of victims killed in the 7.0 magnitude earthquake that hit the Aegean region on Friday. Turkish authorities, however, have put the earthquake’s magnitude at a lower value of 6.6.

In addition to the casualties and injuries, the powerful earthquake caused the collapse of dozens of buildings, according to the US Geological Survey (USGS). It also caused a mini-tsunami, causing water to rush into the streets of both Izmir and Samos.

In a statement on Sunday, Egypt’s Ministry of Foreign Affairs “extended its condolences to the families of the innocent victims in Greece and Turkey, with sincere wishes for a speedy recovery for the injured.”

Turkey’s Disaster and Emergency Management Presidency said that a total of 470 aftershocks have been recorded, 35 of which were of a magnitude of over 4.0.

The Aegean Sea region has a long record of tectonic movement. Unlike most earthquakes that are caused by the meeting of two tectonic plates, the Aegean Sea is cut through with a web of faults. This web motivates the earth crust’s instability, increasing the potential for a devastating earthquake, such as Friday’s.