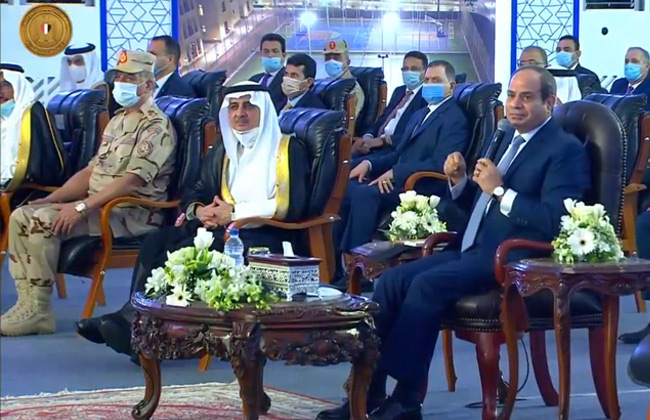 President Abdel Fattah Al-Sisi said, on Saturday, that Egypt will need to increase the number of its higher-educational institutions to 125 universities by 2030, as the population is expected to reach 125 million.

He said that Egypt currently boasts a total of 72 universities, although it requires 100 commensurate with the current population of 100 million. This would ensure that there is at least one university for every 1 million of the population.

Al-Sisi added that establishing one university costs between EGP 8bn to EGP 10bn. A total of EGP 400bn is needed in order to bridge the gap between the number of universities currently available, and those required to be established.

The President added that the universities that Egypt is seeking to build are not just concrete. He noted that “we are working to construct Egyptian universities according to international standards, in order to have an advanced level of education, and for young people to find real job opportunities after graduation”.

The King Salman University comprises 15 faculties distributed among its three branches in El-Tor, Ras Sedr, and Sharm El-Sheikh, and can accommodate over 25,000 students, according to a video played during the inauguration. The university provides professional and academic programmes to prepare qualified human resources who can meet the needs of the local, regional and international labour markets.

Minister of Higher Education and Scientific Research Khaled Abdel Ghaffar said the university is an example of the friendship and cooperation between Egypt and Saudi Arabia. He said that there are 85 million jobs available, according to the modern industrial revolution and labour market variables.

Abdel Ghaffar also said that it was necessary to ensure a demographic distribution of universities across the country, as it is important to link universities with economic activities and the labour market.

He emphasised that considerations for a population increase in the geographical distribution of universities were taken into account. The minister added that Egypt needs to accommodate 300,000 students in the educational system within 12 years, indicating that there is a need to expand educational institutions in Cairo to accommodate the increase in population.

Meanwhile, Minister of Tourism and Antiquities Khaled Al-Anani said that 17 museums were opened across the country during the past six years.

Al-Anani said that establishing the Royal Vehicles Museum, alongside the museums in Sharm El-Sheikh and Kafr El-Sheikh cost about EGP 1bn. The three museums  aim to develop Egypt’s tourism sector, and meet the needs of tourists visiting Egypt.

He indicated that President Al-Sisi has directed that utmost importance be given to the maintenance and restoration of all archaeological sites in Egypt. The minister added that the openings of the three museums confirm the political leadership’s support to preserve antiquities in Egypt.

He also witnessed the inauguration of the Bardawil International Airport and the seawater desalination plant in Al-Arish, via video conference.

The projects included the El-Bardawil Airport in North Sinai, a 231 km road connecting the Ahmed Hamdy tunnel with the airports at Taba and Nuweiba, and a new sea water desalination plant in Sinai’s Al-Arish city.

“The instability that followed the events of 2011 had a negative impact on all sectors, including the antiquities sector and the development of museums,” Al-Sisi said. He added that the evidence is that “we are 10 years late in developing one of the museums”.

“As long as we have stability, we can overcome any challenge, continue our march and succeed, because instability costs too much,” the President said.

In the past six years, he said, Egypt spent between EGP 600bn-EGP 700bn to develop national projects in Sinai.