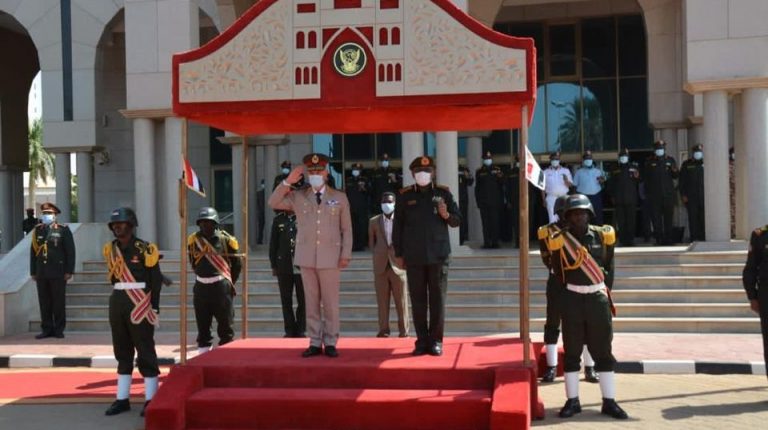 Egypt’s Armed Forces Chief of Staff Mohamed Farid arrived in the Sudanese capital Khartoum, on Saturday, according to a statement by Armed Forces Spokesperson Tamer Al-Rafea.

Farid was accompanied by a high-ranking delegation including leaders of the Armed Forces’ main branches and directors of specialised departments.

He was received upon his arrival by his Sudanese counterpart Mohamed Othman Al-Hussein, for an official reception ceremony and a parade by the Sudanese Republican Guards. The national anthems of Egypt and Sudan were played at the event.

During the visit, Farid will hold several meetings to discuss bilateral military and security cooperation, and to coordinate efforts between the armed forces of both countries in many fields.