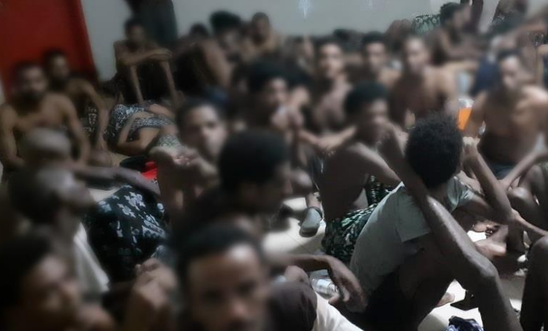 As the novel coronavirus (COVID-19) pandemic restricted global mobility, some vulnerable groups have been stranded, feeling left behind. One of the most affected groups has been immigrants, refugees, and asylum seekers across the globe.

Over the past few months, migrants in the Arabian Peninsula, particularly in Saudi Arabia and Yemen, have found themselves between a rock and a hard place. Houthi rebels in Yemen chased off thousands of Ethiopian migrants in the country to the border with neighbouring Saudi Arabia, killing dozens as they fled, according to Human Rights Watch.

The United Nations International Organization for Migration (IOM) estimates that around 2,000 Ethiopians remain stranded on the Yemeni side of the border, without food, water or healthcare.

Saudi Arabia is a popular destination for Ethiopian immigrants looking for a better life, as thousands  cross into Saudi Arabia every year for work, after a journey across the Red Sea or Gulf of Aden from Somalia or Djibouti and through conflict-torn Yemen. This makes the kingdom nation a key investor and source of foreign remittances for Ethiopia. According to the IOM, around 500,000 illegal Ethiopian migrants were in the country when Saudi authorities began the operation to deport them in 2017.

Around 10,000 Ethiopians were being deported every month before the pandemic, but earlier this year, Ethiopian officials requested a moratorium due to the pandemic, AFP reported.

Abandoned in a foreign land

“We are detained in a very inhumane condition, sleeping on waste overflowing from a nearby toilet. We really want to go back home but no one is assisting us, including Ethiopian officials,” one of the stranded immigrants told the AP news agency from a detention centre outside the Saudi capital, Riyadh. “We are beaten every day, and our only crime was seeking a better life in a foreign land.”

According the Ethiopian Consul General in Jeddah, thousands of migrants are detained in Saudi prisons, along with other African and South Asian migrants.

In August, Saudi Arabia and Ethiopia agreed to allow stranded migrants to purchase their own tickets from Ethiopian Airlines for their repatriation. However, this solution was unaffordable for most of the migrants. Another hurdle was the inability of the Ethiopian authorities to create enough space to quarantine returnees, and prevent the risk of an outbreak.

According to Ethiopia’s Ministry of Foreign Affairs, 3,500 citizens have been repatriated to the country between April to July.

Ministry Spokesperson Ambassador Dina Mufti told local Ethiopian media that “there are a lot of prisoners from neighbouring countries as well, and the embassy is working on filtering out Ethiopian citizens that are situated in various jails across the country.”

He added that “people are politicising the detention of Ethiopians in Saudi prisons for political gains.”

On the other hand, Amnesty International interviewed detainees who described harsh conditions in detention, including lack of sanitation and being confined 24 hours a day in unbearably crowded cells.

The international human rights organisation is also calling on the Ethiopian government to urgently facilitate the voluntary repatriation and reintegration of its nationals.