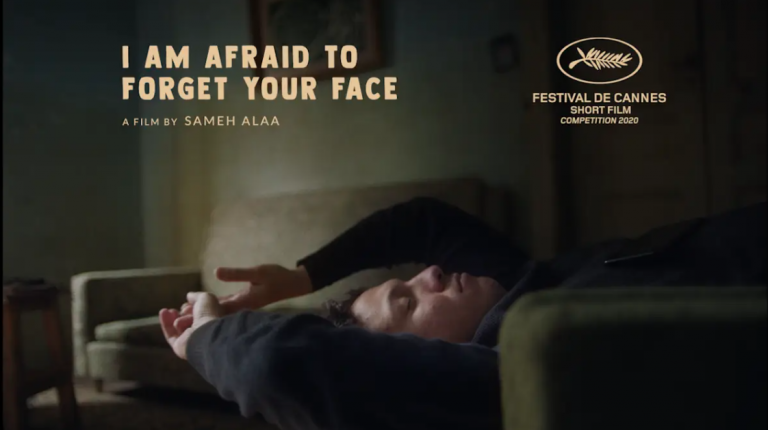 Egyptian film I’m Afraid to Forget Your Face, directed by Sameh Alaa, has been named the unanimous winner of the Cannes Film Festival’s Palme d’or.

The announcement came as the Cannes Film Festival hosted a three-day “Cannes 2020 Special” of screenings for the general public, which ended on Friday gaining the attention of the film world. The screenings took place as a gesture of goodwill, particularly as recent events have sent shockwaves across France.

The festival said it wanted “to celebrate cinema in a city synonymous with this art form, showcase the global film industry’s creative dynamism in these challenging times, and hold a cultural event at a time when the arts are needed more urgently than ever before.”

The awarding of the Palme d’or for Short Films on the Grand Théâtre Lumière stage on Friday marked the closing of the occasion.

Following the attack on the Basilica of Notre-Dame in Nice, a black carpet was rolled out instead of the customary red one. A minute’s silence was observed at the beginning of the ceremony, to pay tribute to the victims and in protest against terrorist attacks.

The Short Film jury was made up of Damien Bonnard, Rachid Bouchareb, Claire Burger, Charles Gillibert, Dea Kulumbegashvili and Céline Sallette. They got up on stage, where they were surrounded by the young filmmakers who entered in the competition.

They awarded the 2020 Cinéfondation film school competition prizes on Friday, also at the Grand Théâtre Lumière as part of the “Cannes 2020 Special”.

The Cinéfondation Selection consisted of 17 student films, chosen out of 1952 entries coming from 444 film schools around the world.

In the wake of a new generation of compelling young Egyptian filmmakers featuring in the Official Selection in recent years, this is the first time an Egyptian film has won the Palme d’or for Short Films. Meanwhile, the film Souad, by fellow Egyptian director Ayten Amin, was also chosen for the Official 2020 Selection.

In a Palais des Festivals filled to capacity, the film received a great reception, as did the three other feature films screened, namely: Un Triomphe (The Big Hit) by Emmanuel Courcol; Asa ga Kuru (True Mothers) by Naomi Kawase; and Dasatskisi (Beginning) by Dea Kulumbegashvili.

The Festival was the first film event to be impacted by the pandemic last spring. The “Cannes 2020 Special” held for the Cannes general public took place just a few hours before the latest lockdown ordered by the French government began.