The Monastery of St Paul the Anchorite, also known as the Monastery of the Tigers, is a Coptic Orthodox monastery dating back to the 4th Century CE located in Egypt’s Eastern Desert, near the Red Sea Mountains.

Located about 155 km south east of Cairo, the monastery gained the moniker the Monastery of the Tigers due to its isolated location out in the wilderness of Egypt’s desert moonscape. It covers an area of about five acres of land, and is a rectangular shape of 200 metres long by 100 metres wide. 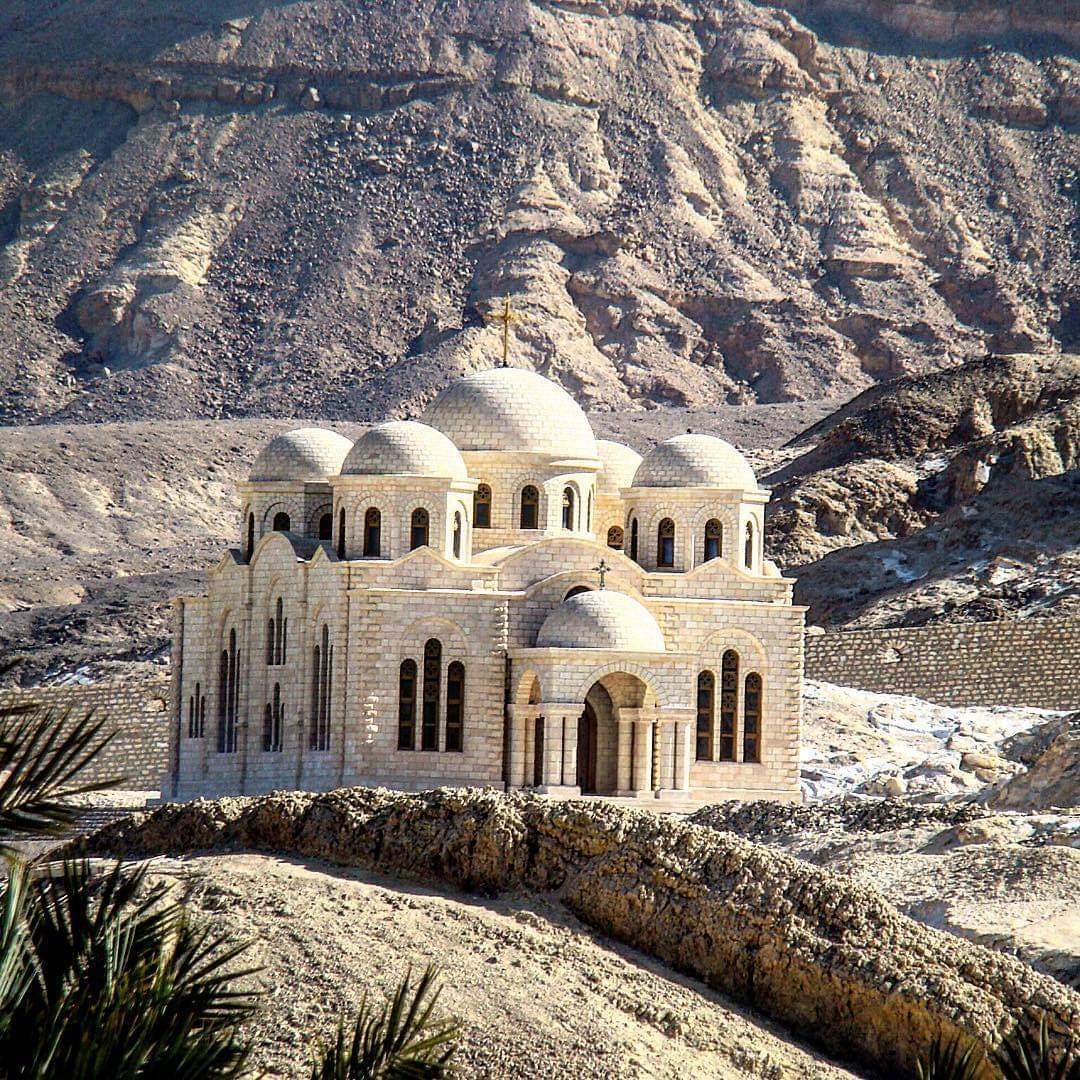 By the 5th Century CE, the monastery was built over the cave where St Paul the Anchorite lived for more than 80 years.

St Paul, also known as St Paul of Thebes, or Anba Bola in Arabic, was a Coptic Orthodox saint born in Alexandria in 228 CE. Following his father’s death, the teenage Paul decided to become a hermit and live a simple life.

At the age of 16, he converted to Christianity and escaped Alexandria to avoid Roman persecution. According to one story, God sent Paul an angel who guided him to Egypt’s arid Western Desert, where he could live alone as a hermit.

The same story relates how God sent Paul a crow every day carrying half a loaf of bread to feed him. One day St Anthony joined Paul, and when the crow came, it had a full loaf of bread. St Paul then realised that it was God who had sent St Anthony, after 80 years of his worshipping in solitude.

As legend tells it, when St Paul died St Anthony saw two lions standing by the door of the cave in which the former had made his home. The lions approached the corpse, and used their claws dug in the ground, for St Anthony put St Paul’s body into the hole for burial.

It is for this reason that St Paul’s icon in any Coptic museum in Egypt shows him flanked by two lions with a crown above his head.

The first travel narrative associated with the monastery belongs to an anonymous pilgrim from the Italian city of Piacenza who visited the tomb of St Paul the Anchorite between the years 560 CE and 570 CE. The pilgrim is not to be confused with Antoninus Martyr.

The first monks to occupy the monastery were some of the disciples of Anthony the Great, after they learned the story of St Paul the Anchorite. It may have been occupied by Melkites for a short period, although they were followed by Egyptian and Syrian monks.

The Syrians may have had a sustained existence at the monastery, for it appears that they also occupied the monastery during the first half of the 15th Century, after which their presence disappeared. According to an isolated Ethiopian reference, the 70th Coptic Orthodox Pope, Gabriel II (1131–45 CE), was banished to the monastery of St Paul the Anchorite for three years.

Throughout its history, the monastery has suffered from several Bedouin raids, the worst of which occurred in 1484. This particularly painful attack saw all the monks murdered and the monastery plundered, following which the Bedouins occupied the building for 80 years.

The monastery was rebuilt under the patronage of Pope Gabriel VII of Alexandria (1526-69 CE), then attacked and destroyed again towards the end of the century. The monastery was deserted for 119 years, then extensively reconstructed and repopulated by monks from St Anthony’s Monastery, under the patronage of Pope John XVI of Alexandria (1676-1718 CE). 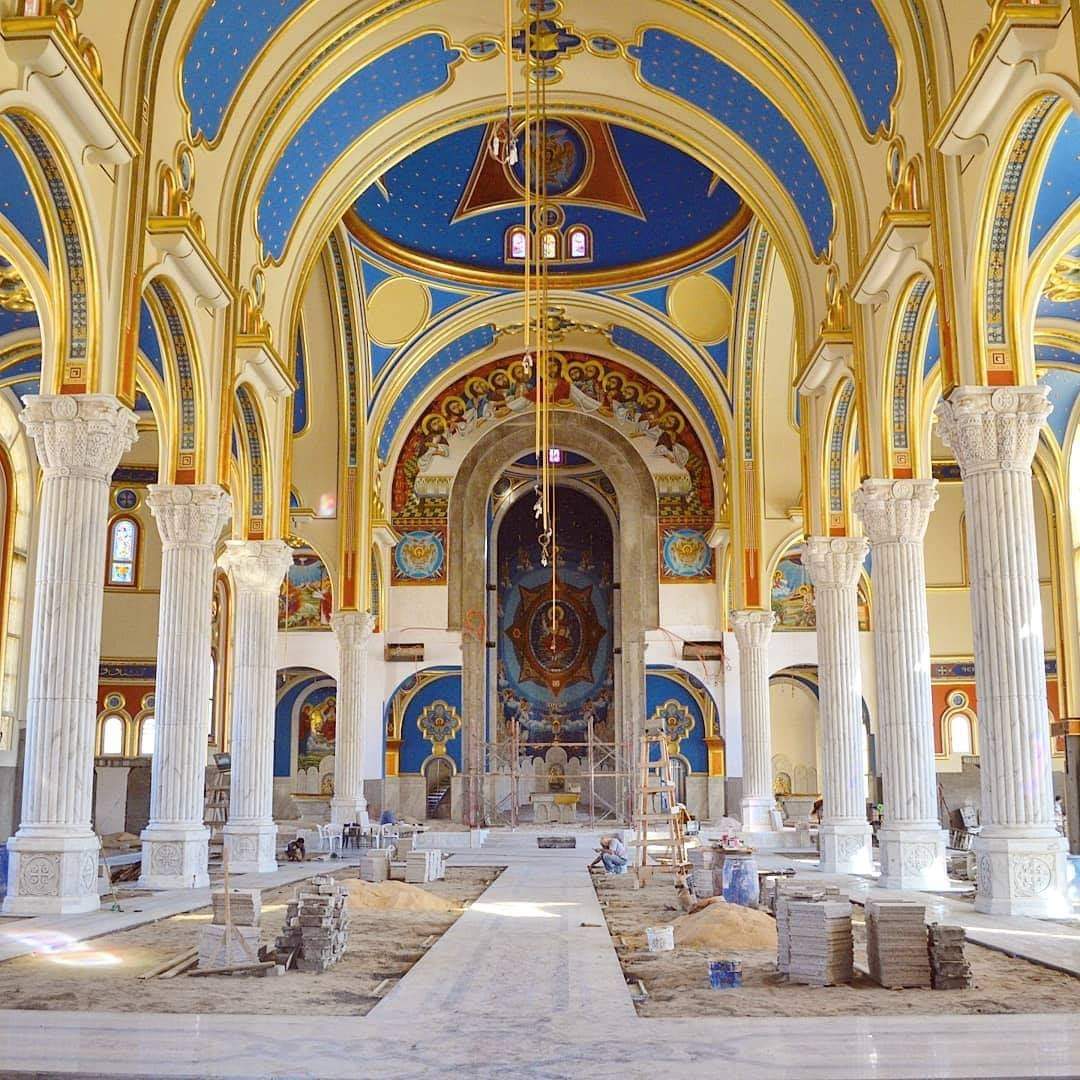 The monastery has three churches, the most important of which is the underground Church of St Paul that contains the hermit’s cave and burial place. Its walls are painted with well-preserved frescoes, and the ceiling is hung with ostrich eggs, symbols of the resurrection. The larger Church of St Michael has a gilded icon of John the Baptist’s severed head.

There is no public transportation to St Paul’s Monastery and, as the original hermit intended, it is a long journey from civilisation to get there. Visitors can take the bus from Cairo to Hurghada and get off at the turn-off for St Paul’s Monastery, following which there is a 13 km uphill trek to the monastery itself. This may sound daunting at first, but the road is well-paved and has plenty of traffic.

The Monastery of St Paul is an incredibly important site in Egypt’s long and varied history, and is the second ancient Coptic Christian monastery tucked away in the Eastern Desert.

Visitors may also view some of the manuscripts in the monastery’s possession, which includes a Coptic language version of the “Divine Liturgy”. A tour of the site may include a trip up the tower, and a glimpse of the “Pool of Mary” where Mary, the sister of Moses, washed her feet during the Exodus.

Along with the nearby Monastery of St Anthony, the Monastery of St Paul is quite possibly the most impressive structure in the desert. It is for this reason that it is included in several Egyptian desert tours.

Visiting Egypt as a tourist in 2019