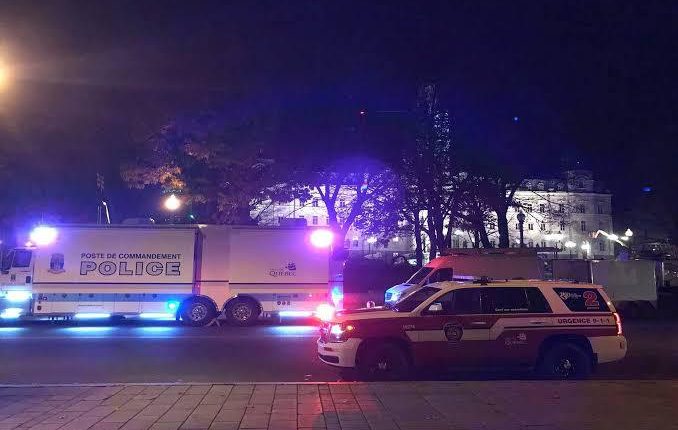 Two people have been killed and five others injured in a stabbing attack near the provincial legislature in Quebec City, Canada. The attack was carried out by a sword-wielding suspect dressed in medieval clothing, Canadian police said on Sunday.

According to reports, the suspect, who has been identified as a man in his mid-20s, was armed with a long blade. He went on a stabbing spree near the regional parliament building in the city, which is located in the predominantly French-speaking province of Quebec in eastern Canada.

As soon as the police were informed of the incident, personnel cordoned off the area and launched a manhunt to apprehend the accused. After a brief operation, the suspect was arrested, and was transported to hospital for evaluation. The local police have launched an investigation in the matter.

Meanwhile, emergency services were rushed to the scene of the incident, and security has been increased in the area.

Immediately following the incident, the police issued a high alert around the vicinity and asked city residents to stay inside with the doors locked while their investigation was underway.

The five survivors wounded in the rampage suffered injuries of varying severity, although the local administration is yet to make any official announcement on their conditions.