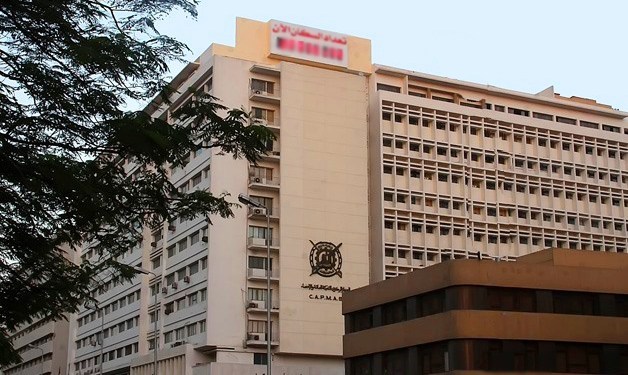 The Central Agency for Public Mobilization and Statistics (CAPMAS) has published a study on the repercussions of the novel coronavirus (COVID-19) on the Egyptian economy.

The study tracked changes in certain basic macroeconomic indicators during the peak period of the pandemic. They include the rate of: economic growth; unemployment; inflation; exchange rates and interest on the Egyptian pound; as well as foreign trade, including non-oil merchandise imports and exports.

CAPMAS said that the producer and consumer price index witnessed a continuous deterioration in the rate of producer price changes during the February-April 2020 period. It recorded an annual rate of decline of 18.8% by the end of the period, attributed to the decline in prices of agricultural, fishing, mining, quarrying, food and accommodation services, by 4.5%, 67.7%, and 8.1%, respectively.

It also explained that the Egyptian pound witnessed a decline during the period from February to May 2020, amounting to about 1.8% of its value. The currency decline coincided with the decline in US dollar flows due to several reasons, including the decline in commodity exports by 39.4% in the same period.

The negative impact on the local currency’s value was exacerbated by the pandemic’s noticeable effects on Egypt’s tourism sector, which saw a significant decrease in tourist numbers and tourist nights. The tourism sector downturn was commensurate with the closure of airports and the suspension of flights in March 2020, which contributed to the decline in Egypt’s foreign exchange earnings.

The agency indicated that the COVID-19 outbreak caused serious damage to the tourism sector in terms of visitor number, which decreased from 0.9 million tourists in February 2020 to zero in April 2020. Real revenue from Egypt’s railway sector decreased by 55.7% during the period from February to April 2020.

The CAPMAS report said that Suez Canal revenues in US dollar decreased, commencing from April 2020, compared to the corresponding levels in the previous two years. This was attributed to the pandemic’s general impacts on global trade, while the monthly rate of revenue changes recorded their lowest level, at -7.5% in May 2020. This compared to the figures recorded in the same month of the previous two years, of 4.5% and 6.0%, respectively.

CAPMAS pointed out that net international reserves decreased by $9.5bn during the February to May 2020 period. This came as the monthly rates of decline reached about 11.9% and 7.7% in March and April 2020, respectively, before decreasing again to 2.8% in May 2020.

Regarding foreign trade, the agency revealed that the annual rate of change in non-oil merchandise imports (in US dollar) witnessed its greatest decline since January 2019 in the months of February, April and May 2020. This saw rates of decline at 25.5%, 35.0%, and 35.8%, respectively.

CAPMAS added that the Egyptian Exchange (EGX) declined sharply in the wake of the pandemic, especially in March and May, closing at 9,593.9 and 10,220.1 points, respectively. This represented the highest monthly rate of decline since January 2019.

The report also said that the pandemic had no effect on the value, trading volume and volume of EGX operations until April 2020. It was in this month that the EGX witnessed a remarkable improvement in performance compared to the corresponding month in 2019, as a result of the stimulus packages provided by the government.

Many indicators that witnessed a decline during the peak period have witnessed some changes in light of the ebbing of the crisis in Egypt. This comes as the decrease in annual rate of change on producer prices dropped to -15.2% in May 2020, an increase of 3.6%.

The period between May and August 2020 witnessed a slight 0.2% increase in the local currency’s value of the pound, with the monthly rate of change of Suez Canal revenues increasing significantly in July 2020 by 8.7%.

As for the railways sector, there has been a significant improvement in the value of real revenues, by 96.9%, during the period from April to July 2020.

The monthly change rates of net international reserves also increased during June and July 2020 at a rate of 6.1% and 0.3%, respectively. The benchmark EGX30 index witnessed an improvement of 5.3% in June 2020.