Minister of Culture Inas Abdel Dayem has attended the second day of the 29th edition of Arab Music Festival.

She said that the festival highlights Egypt’s artistic leadership as the event is the most specialised forum in the Arab world. She also said that the festival continues to carry out the message of preserving the nation’s heritage, despite the exceptional challenges posed by the novel coronavirus (COVID-19) pandemic.

The minister added that the festival confirms Egypt’s belief in the important role that arts and culture can play in the development process. 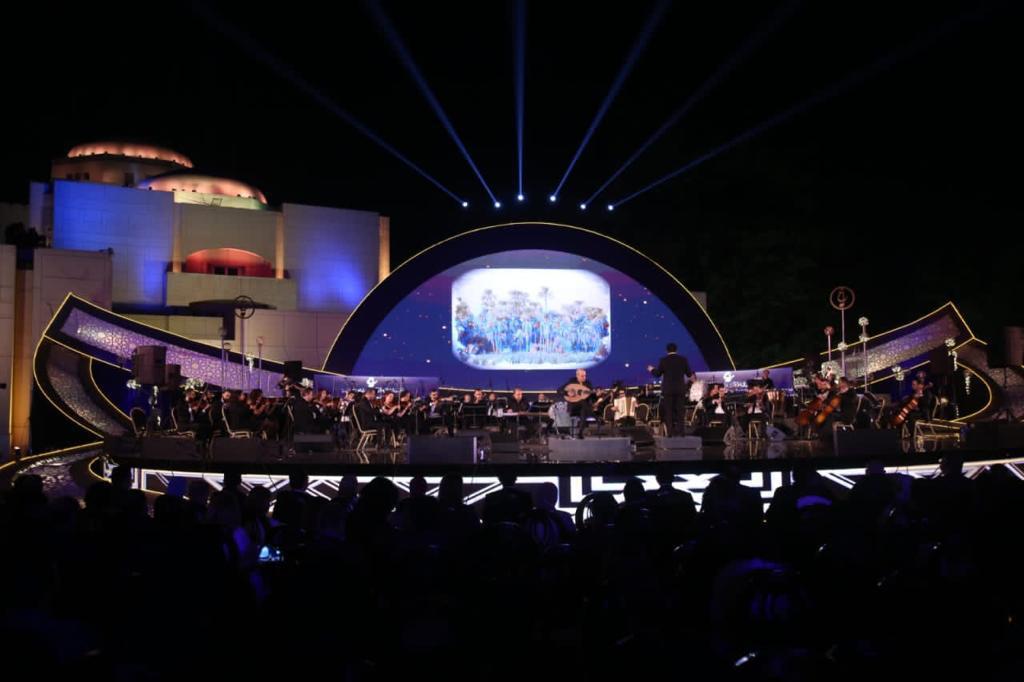 El Haggar thanked the Minister of Culture for her support of creative events nationwide, adding that precautionary measures had been imposed during the event in order to curb the spread of the coronavirus.

The musician and oud player Bassem Darwish, founder of the Egyptian-German group “Cairo Steps”, also presented a selection of his own compositions that mixed the oriental and classical characters. Darwish was accompanied by the Cairo Opera Orchestra, conducted by Maestro Nayier Naguib.

In Alexandria, the festival’s opening ceremony that was held in Cairo was repeated, which included a new musical work, entitled “Long Live Music”, that was presented for the first time.

In the Damanhour Opera Theater, a Kalthumiyat concert was held under the leadership of Maestro Salah Ghobashi. It included a selection of masterpieces by Kawkab Al-Sharq Umm Kulthum, performed by Radwa Saeed, Reem Hamdy and Rehab Omar.