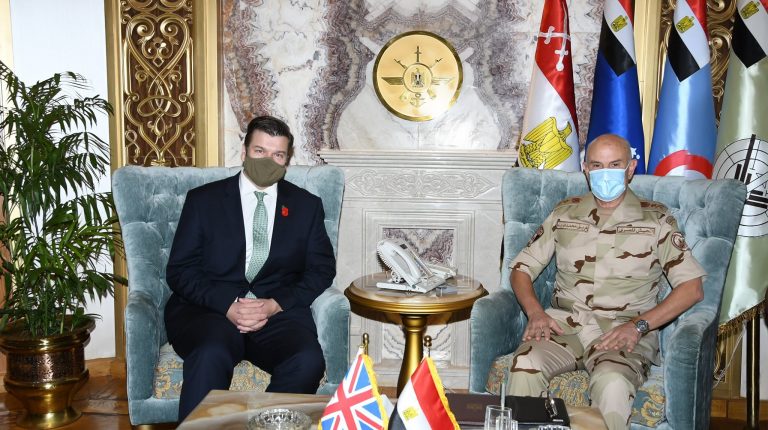 Egypt’s Military Chief-of-Staff Mohamed Farid met, on Tuesday, with the UK’s Minister for the Armed Forces James Heappey, according to a statement by the Egyptian military spokesperson.

The meeting came during Heappey’s visit to Egypt which will last for several days.

Both sides discussed issues of mutual interest and military cooperation, in light of the exchange and transfer of expertise between the Egyptian and British armed forces, the statement noted.

Also on Tuesday, Egyptian and French naval forces conducted drills in the Mediterranean Sea, with the participation of Egypt’s guided-missile frigate Taba and the French frigate, Jean Bart.

The drills include various military exercises such as countering specific air threats and repelling an air attack, which was carried out by Egyptian F-16 fighters. They also saw exercises undertaken on assessing surface, air and subsurface threats and scenarios, in order to effectively confront them.

The drills came as part of mutual military cooperation between Egypt and France, to exchange expertise and enhance efforts aiming to maintain maritime security and stability in the region.