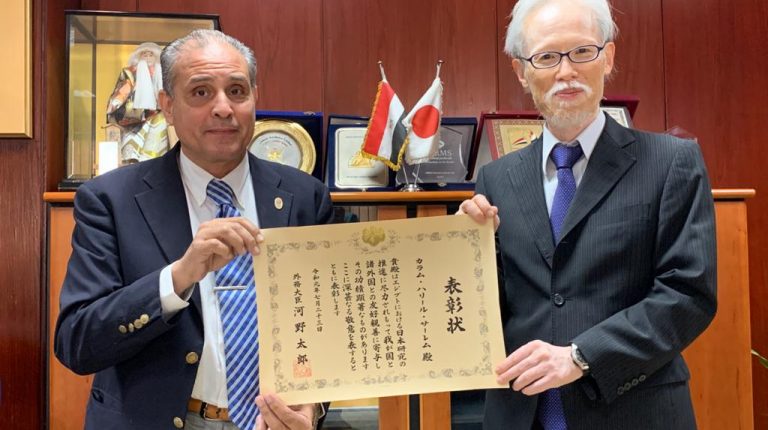 Japan’s Ambassador to Egypt Masaki Noke met with Professor Karam Khalil Salem, Director of the Japanese Department at the Ahram Canadian University, during a visit to the university on Monday, in which Salem was awarded the Japanese Foreign Minister’s Commendation.

The recognition was presented in the presence of the university’s President Prof Farouk Ismail and Professor Mona Fouad, Dean of Faculty of Languages and Translation. The Japanese Foreign Minister’s Commendations are awarded to individuals and groups with outstanding achievements in international fields. They acknowledge these individuals’ contributions to promoting friendship between Japan and other countries. 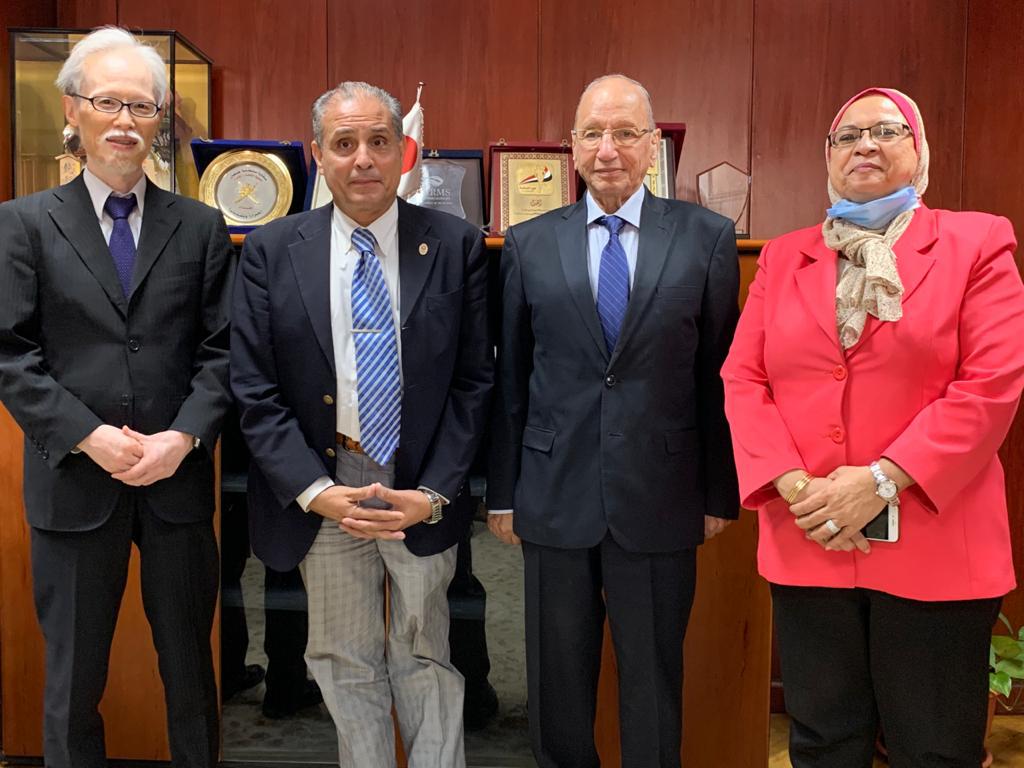 The honour came in recognition of Salem’s long time efforts to promote Japanese studies in Egypt and a cordial relationship between Japan and Egypt. Ever since he obtained a Doctorate in Japanese studies from Tsukuba University in 1988, he has devoted himself to Japanese studies, including language and literature.

Ambassador Noke extended his sincere appreciation to Salem for his dedication and contribution to promoting Japanese studies in Egypt, which has led to further understanding in Egypt of Japan and its culture.

He also wholeheartedly congratulated Salem for assuming a new position as Director of the Japanese Department in Ahram Canadian University, and conveyed his best wishes. The ambassador expressed his gratitude for the newly established department, and his strong expectations that it will achieve one of the best Japanese language educations available.

Noke also extended his appreciation to the President and Dean for their commitment to establishing the department, and stressed his readiness for future cooperation and collaboration with the department to improve the Japanese language education in Egypt.

Salem expressed his appreciation for the Commendation, emphasising his eagerness to continue acting as a bridge between Japan and Egypt, especially in the field of education.