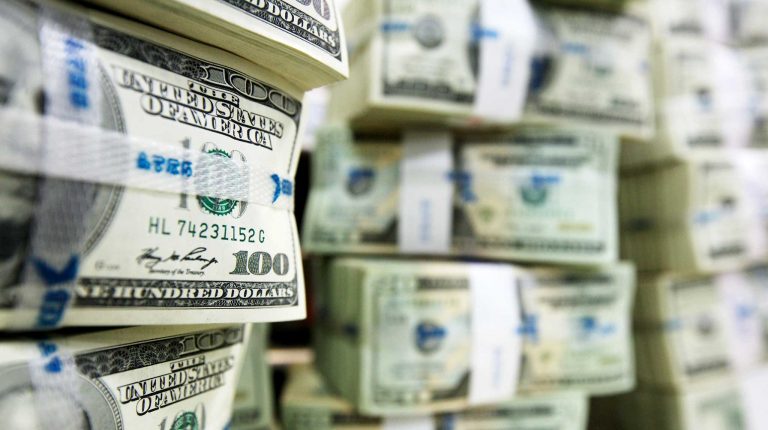 The country’s net international reserves recorded unprecedented historical levels during 2019, reaching $45.419bn at the end of the year, compared to $42.61bn in January 2019. However, in 2020, they declined during March, April, and May, as the economic repercussions of the novel coronavirus (COVID-19) pandemic hit, before rising again over June, July, August, September and October.

The FX reserves rose by $827m in October to record $34.683bn, while the gold reserves decreased by $33m to record $4.361bn in the same period. SDR stood at $241m in October without any changes from September.

In a study, the AMF said that this stability comes despite the CBE’s withdrawing $5.4bn from the reserve last March, to cover the needs of the country’s FX market. The CBE withdrawal was also used to cover the decline in foreign investments, in addition to repaying international obligations related to foreign debt.

The AMF said that a number of foreign investors withdrew their investments from emerging markets due to fears relating to the global pandemic’s effects on Arab countries. This led to a 7% decline in the level of official FX reserves during the first half (H1) of 2020, compared to H1 of 2019.

The Central Agency for Public Mobilization and Statistics (CAPMAS) revealed the negative impact of the COVID-19 pandemic on FX reserves. It noted that net international reserves decreased by $9.5bn during the period from February to May 2020. At the same time, the monthly rates of decline amounted to about 11.9% and 7.7% in March and April 2020, respectively, before that rate decreased to 2.8% in May 2020.

CAPMAS added that, in light of the receding of the crisis in Egypt, the monthly rates of change in net international reserves increased during June and July 2020, at a rate of 6.1% and 0.3%, respectively.

The purpose of the reserves is to support the currency, fulfil the country’s foreign obligations, and guarantee its imports of basic commodities for several months.

The size of the reserve for any country represents a source of strength or weakness according to its value and ability to fulfil the state’s foreign exchange obligations.

Resources from the Suez Canal Authority, tourism, exports, foreign investment, and remittances are the most important resources that feed Egypt’s foreign exchange reserves.