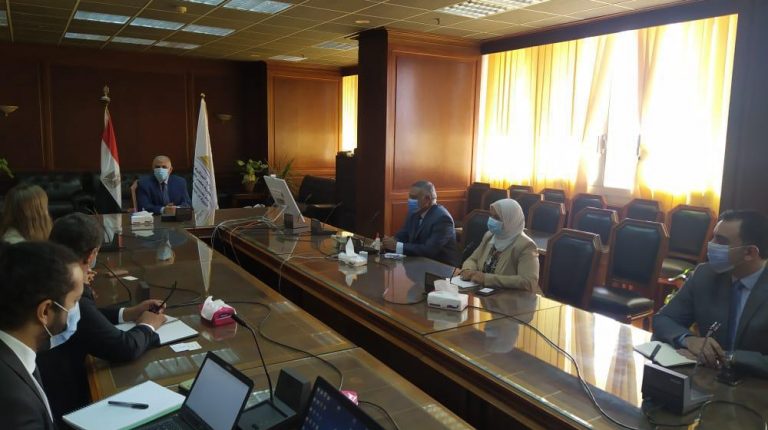 Egypt’s Minister of Water Resources and Irrigation Mohamed Abdel Aaty met, on Tuesday, with representatives of the European Bank for Reconstruction and Development (EBRD) to discuss cooperation in water and irrigation projects.

The meeting addressed the possibility of the EBRD partnering with Egyptian banks to finance modern irrigation projects.

During the meeting, Abdel Aaty reviewed Egypt’s water challenges, the state’s strategy to deal with them, and the projects implemented by the ministry in this regard. These projects included the national project for the rehabilitation and lining of canals, which aims to rehabilitate about 7,000 linear km of canals in the first phase within two years.

He also mentioned the projects for treating sewage and agricultural wastewater, such as the Al-Mahsama project and Bahr El-Baqar drainage project that reuse water to bridge the water gap and reduce pollution.

The minister added that the state is looking to establish seawater desalination projects on Egypt’s northern and eastern coasts. The state plan aims to encourage Egypt’s coastal cities to rely on treated water during the coming years, to meet drinking water needs.

The meeting also touched on the current tripartite negotiations between Egypt, Sudan and Ethiopia, over the filling and operation of the Grand Ethiopian Renaissance Dam (GERD).