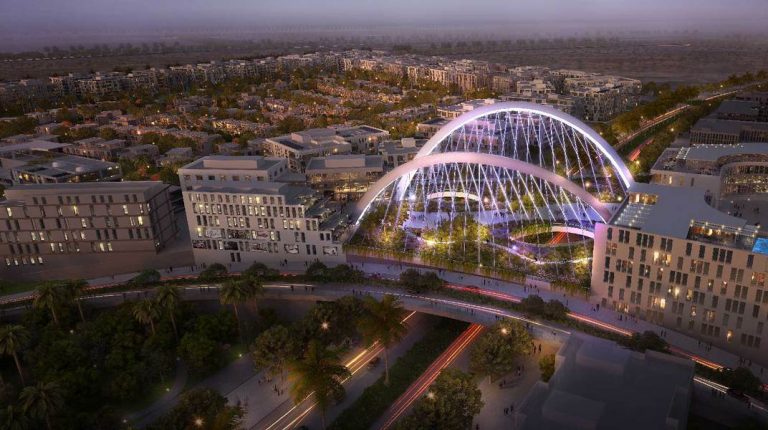 Al Ahly Sabbour Development will deliver the first phase of its Green Square project, implemented in partnership with Dar Al Maali for Development and Real Estate Investment, in December, according to the former company’s CEO Ahmed Sabbour.

The development, worth a total investment of EGP 1.08bn, has been built on an area of 80 feddan, and is comprised of 1,167 units. It will be implemented over two stages, and targets sales of EGP 2.08bn.

Sabbour said that the City of Odyssia project, which is being constructed in the Mostakbal City on an area of 528 feddan, includes several internal projects. These include Alaire and Alaire Parks, which cover an area of 80 feddan, and whose construction cost a total of EGP 2.1bn.

The completion rate in the villas area has reached 24%, with the project’s targeted sales value currently EGP 4.6bn. It is expected that delivery will start in the fourth quarter (Q4) of 2022.

He added that the second project within the City of Odyssia project is ‘The Ridge’, which has been constructed on an area of 220 feddan, of which 67 feddan has been allocated to the first phase.

The cost of the first phase’s construction stands at EGP 777m, with targeted sales of EGP 2.2bn. Construction on the 2,012 units has been implemented in three phases, with the first phase, whose delivery will commence in the fourth quarter (Q4) of 2023, includes 410 units.

Sabbour revealed that his company signed a Memorandum of Understanding (MoU) with the New Giza Company for School Management (LVNG Learning environments). The agreement will see  two international schools in the City of Odyssia project developed on an area of 30,000 sqm, and with a total investment of EGP 650m. The two schools are expected to open their doors during 2023.

He said that the handing over of the L’avenir project’s first phase will take place in March 2021. The 2,144 unit project, worth an investment of EGP 1.8bn, extends over an area of 99.37 feddan, with the company targeting sales of EGP 3.1bn. This includes units of various sizes, including apartments, townhouses, and duplexes.

He added that the delivery of the Alaire project will begin in Q4 of 2022, with the company implementing the 108-feddan project over three phases in partnership with Manazel Al-Kuwaiti. The total number of units stands at 1,977, with total targeted sales of EGP 5.6bn.

The first four phases of the Amwaj project on the North Coast have been delivered, with the rest of the deliveries expected to be made by 2022. The 3,589 unit project, worth total investments of EGP 3.38bn, is located on an area of 342 feddan, with the company targeting sales of EGP 6.2bn.

Sabbour said that the implementation of the Gaia project on the North Coast has started, following the commencement of the concrete works for the project’s first stage. The delivery of the first phase is scheduled to take place from Q2 of 2022 to Q3 of 2023.

Sabbour also revealed that the company’s The Square project has been completed on an area of 100 feddan, at a construction cost of EGP 1.03bn. The project, which includes 2,463 housing units, has achieved total sales of EGP 2.01bn.

The delivery of the Kyiv project’s first phase in West Cairo begins during the second half (H2) of 2023, and will be delivered in four stages.

The 1,138 unit integrated residential project is located on an area of 144 feddan and is being implemented in partnership with the New Urban Communities Authority (NUCA). Al Ahly Sabbour Development has allocated construction costs of EGP 2.02bn for the project, which includes apartments, townhouses, twin houses and villas of various sizes, and is targeting sales of EGP 6.47bn.

Sabbour affirmed his optimism on the performance of Egypt’s real estate market during the coming period, despite the economic uncertainty caused by the novel coronavirus (COVID-19) pandemic.

He told Daily News Egypt that the real estate market is characterised by flexibility in the face of any challenges. Since the start of the global health crisis, real estate companies have modified their marketing plans to communicate with customers in a way that preserves everyone’s safety.

The sector has also become increasingly reliant on technology for its marketing, as well as for managing real estate projects during the crisis.

Sabbour said that his company has continued to implement its projects despite the crisis, while taking the necessary precautionary measures to preserve the safety of its employees.

He pointed out the need for a Real Estate Developers Union during the current period is due to its importance in organising the market and classifying real estate companies according to their previous experiences and financial solvency. The union would also help achieve balance in the relationship between the three parties to the system, namely the government, the developer and the customer.