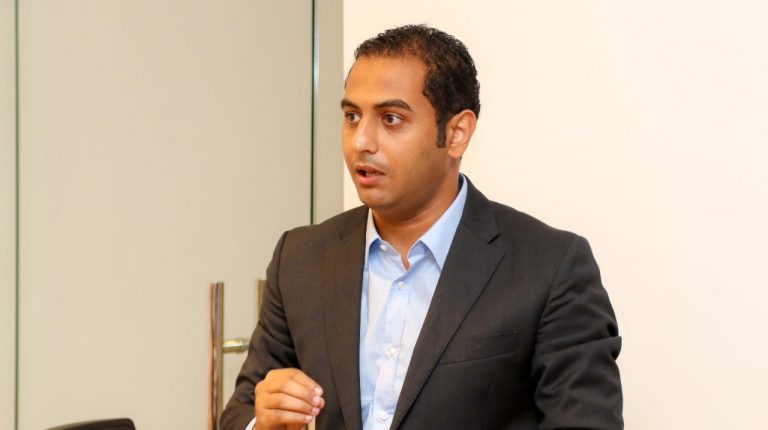 AlTameer Arabian is set to launch, during the Cityscape Egypt exhibition, of its Rivan Square project in the New Administrative Capital (NAC), with total investments of EGP 1bn, according to CCO Ahmed Osama.

Osama said that the ​​15,500 sqm Rivan Square is the company’s second project at the NAC, and is located on the Champs Elysées Walk in the R7 district, and comprises administrative, medical, and commercial units. It offers units of various sizes starting from 50 sqm.

Osama added that the project includes an integrated package of services and recreational activities, in addition to Egypt’s first water museum.

He said that the company has completed the project’s initial pricing, bearing in mind the purchasing power of target customers and those who wish to invest. For the first time in the local real estate market, it has also prepared exclusive offers which will be announced during the Cityscape Egypt exhibition.

He added that the Rivan Square project is being marketed in two phases, with the first phase introducing 60% of the total project units during the Cityscape exhibition. The second phase of the project will be offered later, with a strong demand on the project expected. The company has already started receiving reservation requests for the project from clients, despite the fact that it has yet to be launched.

Osama said that the construction works on the project’s mall will begin in the second quarter (Q2) of next year, to be delivered in 2023. The company seeks to abide by its contracts with the Administrative Capital for Urban Development (ACUD), as well as its contracts with its customers.

Regarding Rivan, the company’s first project at the NAC, Osama said that sales worth EGP 800m have been recorded, representing 30% of the project’s units. AlTameer Arabian aims to achieve EGP 1bn in sales in the project by the end of this year.

“Clients outside Egypt accounted for 11% of the achieved sales, of which 5% were by non-Egyptian clients from Saudi Arabia, the UAE and Kuwait, and the rest are Egyptian expatriates,” he elaborated. “The company has begun digging works at the Rivan project, and it is planned to begin concrete works for the entire project in December, as part of the company’s plan to accelerate the pace of work in the project.”

Rivan, the NAC’s first serviced apartment project, spans over 17 feddan, and represents the company’s debut in the Egyptian market. It includes 15 buildings with a built-up area of 20% totalling 700 units, with the remaining 80% green spaces.

Osama said that the company aims to attain sales estimated at EGP 200m at the Rivan and Rivan Square projects during the Cityscape Egypt Exhibition.

The company held an exhibition at its headquarters at the end of September, during which it presented an exclusive one-day offer on a number of serviced-apartments. The company achieved EGP 300m sales over the course of that one day event, Osama said.

Moreover, he revealed the company’s negotiations on a 25-30 feddan plot of land in New Alamein city. The company plans to develop serviced-apartments on the land, once acquired, and it is expected to formally contract on the project before the end of this year.

Egypt’s real estate market was able to successfully overcome the novel coronavirus (COVID-19) crisis, as the market has maintained relatively stable sales despite the pandemic. Sales have even gradually increased, starting from last June, with this increase expected to continue during the coming period, he disclosed.

Osama said that technology has played a vital role in completing many sales operations during the pandemic. With the rapid technological changes taking place worldwide, the volume of online marketing in the real estate market is expected to increase. He added that the use of new marketing mechanisms is likely to occur in the coming period.

He further emphasised that the government has taken on the role of supporting the local economy and the real estate sector. Part of this support has come through the slashing of interest rates by 3%, and providing facilities for real estate companies related to extending deadlines for land instalments or extending project implementation deadlines for a specific period.

Along with the important role played by real estate developers in facilitating and offering flexible payment plans and systems, these measures have helped maintain the stability of the local property market.

Established in 2010, AlTameer Arabian is a Saudi investment company with considerable Egyptian experience. It has undertaken investments in multiple sectors, including the industrial sector, through the inauguration of the largest cardboard production plant in 10th of Ramadan city. The company also owns investments in the agricultural sector, initiating its business in the real estate sector in 2019 with investments worth EGP 3bn.