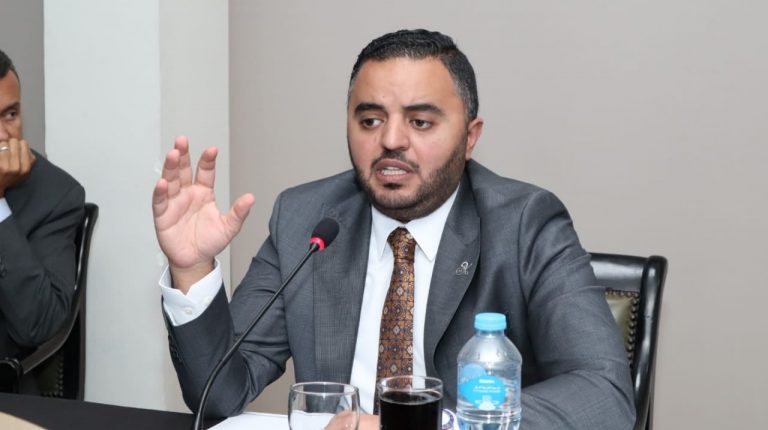 The company’s Chairperson, Ahmed El Attal, announced that the project will be delivered in the fourth quarter (Q4) of 2021. He said that his company contracted with Yasser Al Beltagy Architects (YBA) and interior design firm, Hany Saad Innovations (HSI), to ensure the project is completed to the highest level of quality.

El Attal Holding owns a series of different projects at Ain Sokhna, the North Coast, and the New Administrative Capital (NAC). The company’s most important project is Park Lane Compoundhood in the NAC.

Can you tell us more about the Bayside Ras Sudr project?

For the first time in the real estate market, we launched a project after completing its construction works. It is now in the finishing phase.

Bayside is situated in one of the best places in Ras Sudr. It presents 160 fully furnished luxury serviced-apartments with sea views. The project includes all entertainment services a customer may need, in addition to a 32-room hotel.

The company is offering distinct payment systems, with a long-term payment plan of up to four years.

El Attal will assign a company to manage the units and lease them on behalf of the owners. Owners can use the returns from renting their units in instalment payment.

The company has completed the construction on 95% of the project. It is divided into two parts: the first is comprised of commercial, service, and entertainment units, and the other includes residential units. The minimum price of units within the project is EGP 1.6m.

What are the updates on the Park Lane development?

Park Lane Compoundhood spans over 26 feddan in the R7 district of the NAC, with investments of EGP 4bn. It is being developed over four phases. The first and second phases were sold out. Both provided very special and distinctive advantages to customers in terms of services.

We hope to increase the construction rate of the entire project to 25%, so that the project’s delivery can begin by the end of 2021 until 2023.

El Attal is currently contracting with one of the most important facilities management companies in the US, to benefit from its expertise in city management.

Do you have any foreign customers at the Park Lane project?

Yes, 28% of unit ownership in the Park Lane Compoundhood is now held by foreign investors.

How far has Egypt’s real estate sector been affected by COVID-19? And how has the pandemic impacted Park Lane?

The novel coronavirus (COVID-19) pandemic has impacted Egypt’s economy in general, and the real estate sector has been one of the most affected. However, it also remains one of the most cohesive sectors in times of crises. Properties are still one of the safe haven investments, particularly as they preserve their value. It is one of the few economic sectors to come out powerful and profitable after every crisis.

El Attal Holding was able to overcome a decline in sales during the pandemic’s peak period, as it adapted its marketing plans from the beginning to the new challenges.

This was represented by the company’s continuous communication with customers through modern technology. This ensured continuous sales through online solutions.

El Attal Holding has not halted its special offers and discounts for customers in Park Lane, which were set to be introduced during the Cityscape Egypt exhibition’s original date, although the expo was postponed due to the pandemic.

How does El Attal use technology to increase sales?

In the coming period, you will see a technology revolution across all sectors in the company, with the shift set to be undertaken quickly. Digital transformation has become an inevitable necessity given the recent circumstances.

El Attal Holding has provided the required technological capabilities for remote interactions with customers, which achieved a satisfactory sales rate. The company has also provided all information and updates of its project in NAC on its online platforms.

What are your expectations for the local real estate market during Q4 of 2020?

I’m optimistic about the real estate sector in Egypt. I believe real estate sales will recover in the coming period. Actually, we started to feel a rebound in sales during the last three months.

How much investment does the company intend to direct into its projects until the end of the year?

El Attal Holding intends to pump EGP 200m into construction works of its projects during this year.

By the way, construction works of Park Lane project have not been affected by COVID-19, and the company is working to deliver the project according to the agreed timetable, whether with clients or the ACUD.