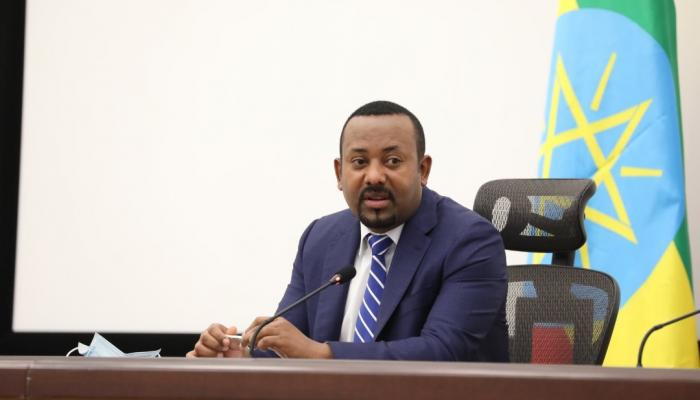 Ethiopia’s Prime Minister Abiy Ahmed ordered for the country’s military to be deployed in the Tigray region, on Wednesday, following an alleged attack on an army base.

Ahmed accused the region’s ruling party, the Tigray People’s Liberation Front (TPLF), of launching the attack, which resulted in “many martyrs, injuries and property damage”, he said in a televised speech.

The Prime Minister said, “Orders were issued to our defence forces, under the command centre, to carry out their mission to save the country.”

He also said that attackers “tried to loot” military assets during Wednesday morning’s attacks, explaining that the last stage of the red line has been crossed, and that the government is not standing idly by.

Ahmed added that the TPLF attacked a National Defense camp, and tried to occupy the Shield Forces area in the north of the country in the Dansha area of the Amhara region.

“The government was patient until the end of the war to prevent the residents of Tejari from being harmed,” he said, “When the war begins, it is not limited to one party.”

He called on the Ethiopian people to remain calm and vigilant in the face of potential harassment, and to stand by the country’s defence forces.

A statement from the Ethiopian Prime Minister’s Office said the government made the declaration “recognising that illegal and violent activities” in Tigray were threatening national sovereignty, constitutional order and peace and security. The region has been locked in a long-running dispute with Addis Ababa.

It followed an announcement by Ahmed on social media of the TPLF attack. The cabinet has declared a state of emergency in the region for six months, and the authorities have also shut down telephone and internet services in Tigray.

“This situation has reached a level where it cannot be prevented and controlled through the regular law enforcement mechanisms,” a statement from the Prime Minister’s office said.

According to Ahmed, the move has come after “months of provocation and incitement”.

The Prime Minister’s statement has raised fears that one of the most populous and powerful African countries will once again sink intp war.

The TPLF played a major role in the ruling coalition in Ethiopia before Ahmed took power in 2018, and announced comprehensive political reforms that resulted in him winning the Nobel Peace Prize last year. However, those reforms opened up space for old grievances.

Tensions between the government and TPLF, which used to be part of the governing coalition before it fell out with Abiy, have escalated in recent months, with both sides accusing the other of plotting to use military force. On Tuesday, the federal parliament proposed that the TPLF be designated as a “terrorist organisation”.