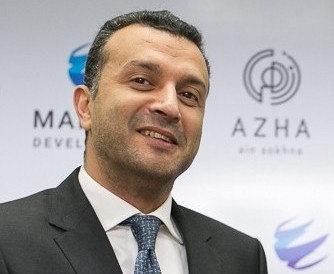 The company has announced the opening of the 150-key, 5-star Tanoak Hotel, as the first hotel within the master development. Azha Ain Sokhna is strategically placed on an estimated area of 1.6m sqm, with a waterfront stretched over an estimated 700 sqm facing the clear waters of the Gulf of Suez branching from the Red Sea.

Bahgat noted that Downtown Azha, which has received estimated investments of EGP 2bn, would feature more than 100 food and beverage (F&B) and entertainment outlets, alongside hotels.

“Currently, we are projecting an investment of EGP 2bn in this partnership,” he said, “Downtown Azha is considered a realisation of years of planning and team effort that will satisfy every need of our owners and visitors seeking luxury, leisure, and excellent levels of service.”

On his part, Chief Project Office Ahmed Ehab, said, “The design of Downtown Azha Ain Sokhna will be luxurious, exciting, complementing the general features of the project.”

Ehab added that the company has recorded EGP 1bn in sales during the first nine months of 2020, and eyes EGP 300m in sales in the fourth quarter (Q4) of 2020. Meanwhile, Madaar aims to register EGP 2.5bn in sales next year.

Moreover, the company announced its participation in the Cityscape Egypt exhibition, with offers of 10 year payment plans, instead of eight years, and 10% down-payment.