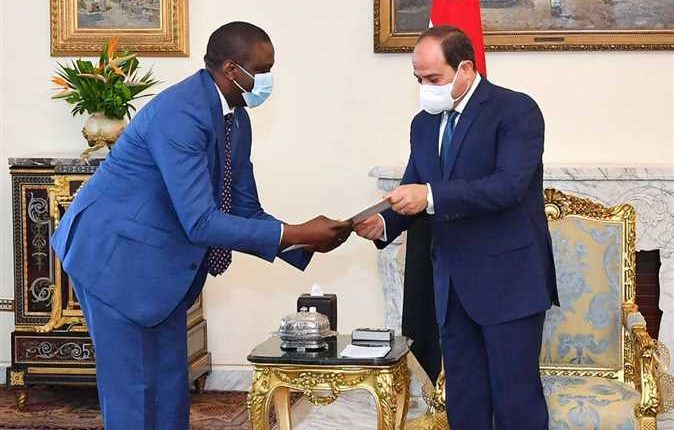 Egypt’s President Abdel Fattah Al-Sisi received, on Wednesday, a high-level Congolese delegation including advisers to the President of the Democratic Republic of Congo (DR Congo). The meeting took place in the presence of Egypt’s Minister of Foreign Affairs Sameh Shoukry and Chief of the General Intelligence Service (GIS) Abbas Kamel.

Egyptian Presidency Spokesperson Bassam Rady said that the Congolese envoys conveyed a message from the DR Congo’s President Félix Tshisekedi. The message expressed deep appreciation for the unlimited Egyptian support to maintain peace and stability in the country.

The message also praised Egypt’s “tireless support for DR Congo in all regional and international forums,” as well as efforts to continue strengthening those relations at all levels.

Al-Sisi also praised the joint bilateral cooperation between Egypt and the DR Congo in various fields, adding that Egypt is keen on supporting the African country in various development and technical fields. The increased cooperation would see an added increase in the trade exchange rates between the two countries.

Rady added that the meeting touched on a number of issues of common concern in Africa, especially the DR Congo’s role in the African Union (AU), and Egypt’s support for the DR Congo to chair the AU next year.

Last month, President Al-Sisi expressed his appreciation of the country’s support regarding Egypt’s access to River Nile water. He said that Egypt welcomes all cooperation with fellow African countries, including access to the huge potential and rich resources available across the continent.