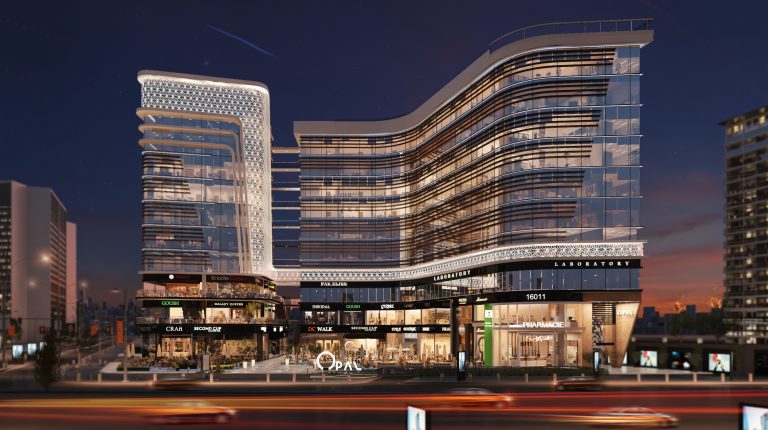 Rekaz Developments aims to achieve sales of EGP 600m at Opal Mall in the New Administrative Capital (NAC), according to CEO Tamer Bakeer.

Bakeer added that of this total, the company has achieved approximately EGP 200m in sales already, representing 40% of the total project units.

He said that Opal Mall is a 10-storey commercial administrative building, built on a land area of ​​4,000 sqm but representing a built-up area of 20,000 sqm. It is located in the MU23 area of the NAC, and has seen total investments of EGP 400m. The mall includes 220 units of various areas, covering commercial and medical units and offices, alongside a service area on the  roof.

Bakeer noted that an agreement has been reached with a company that will manage the leasing of the mall. With the project near completion, another contract is planned with a facilities management company to manage the project.

He added that the company has a plan to lease part of the project to maintain the quality of services provided and sell another part.

Bakeer said that the company has begun the mall’s settlement work, with the plan that it will begin operations during the second half (H2) of 2022, before the deadline for delivery and operation.

The company intends to direct EGP 200m-worth of investments into the project during 2021. A total of 50% of the land value has also been paid for according to the schedule agreed upon with the Administrative Capital for Urban Development (ACUD), he said.

“The mall has acquired LEED certification, which is an international certificate provided by the US Green Building Council (USGBC), and is granted to environmentally friendly and energy-saving buildings that depend on low-cost smart operations,” Bakeer said.

He also said that the company will take part for the first time at the Cityscape Egypt exhibition, as it is one of the more important events in real estate market. He added that the exhibition allows the opportunity for direct communication between companies and their customers.

Bakeer announced the launch of a new phase in the Opal project, entitled Libra, during the Cityscape Egypt exhibition. The phase, which has units in varying areas, has been presented to entrepreneurs who want to obtain office space to perform specific tasks at a low cost for entrepreneurs. The idea is also flexible in terms of space and services provided.

Rekaz Developments is studying expansion in tourism projects in the Red Sea area, in addition to other residential projects in Sheikh Zayed and New Cairo. The company is currently negotiating on specific plots of land, and it is scheduled to announce a new project before the end of this year, Bakeer revealed.