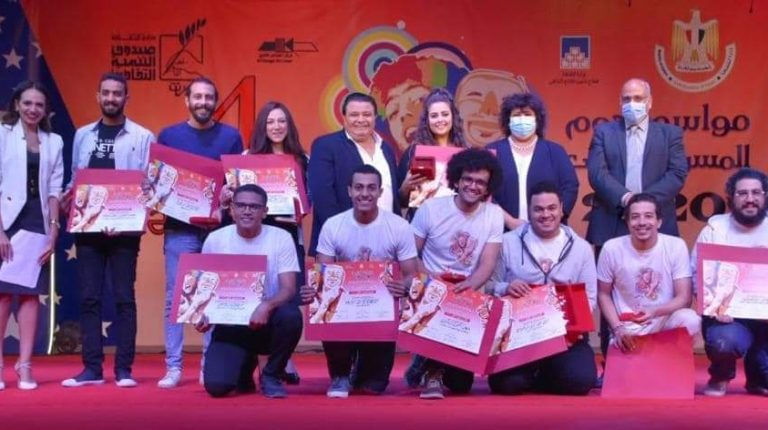 Egypt’s Minister of Culture Inas Abdel Dayem has honoured winners of the fourth session of the University Theater Stars (UTS), which was held on 22-31 October, under the theme “The Return of the Spirit”.

The event, which was held at the Hanager Art Center outdoor theatre, was organised by the Cultural Development Fund, headed by Dr Fathy Abdel Wahab.

The ceremony was attended by: director Khaled Jalal, the brains behind UTS and the head of the cultural production sector; Dr Hisham Azmy, Secretary-General of the Supreme Council for Culture; Dr Naveen Mohamed, head of the archive and National Documents House.

Abdel Dayem said that the effort to boost the university theatre scene in Egypt coincides with the Ministry of Culture’s strategy for achieving Egypt’s Vision 2030 sustainable development plans. As part of this plan, the ministry aims to discover talented people, develop society and preserve the national identity.

Jalal announced that the three winning plays in the fourth edition of UTS will participate in the next session of the Egyptian National Theater Festival in December 2020.

The best costume design award was granted to Cairo University’s play Tom and Jerry, with Ain Shams University winning the prize for the best stage design for its play Anchor in a hysterical environment.