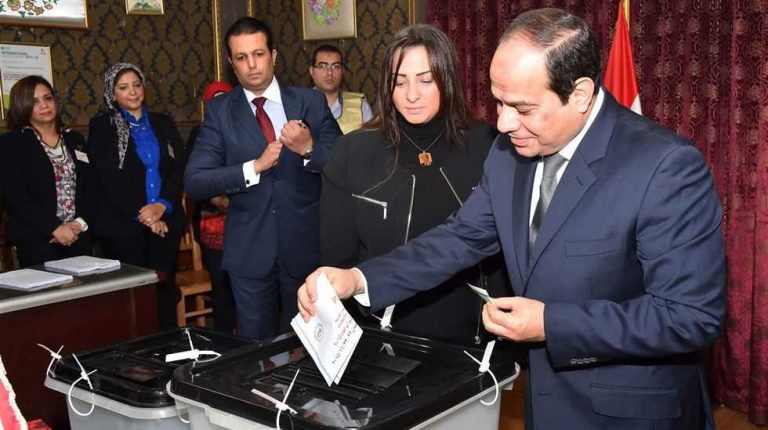 Egypt’s President Abdel Fattah Al-Sisi voted in the second phase of the House of Representatives’ elections which began on Saturday across 13 governorates.

The Egyptian president cast ballot at an election committee held at a school in Heliopolis, Cairo, amid strict security measures.

The elections inside Egypt will continue until Sunday, while the voting process for Egyptian expats concluded last Friday. The run-off for the second stage of polls will be held on 7-8 December.

The second stage comprises around 31 million eligible voters in 13 governorates. They will vote on the remaining 284 seats of the House of Representatives, comprising 142 individual seats and 142 party list seats.

The first phase of parliamentary elections was held on 24 October, in which the electoral list led by the Mostaqbal Watan Party swept up the majority of votes.