Domestic violence has been a significant social and legal problem in many countries across the world, and Egypt is no exception to this.

Due to the novel coronavirus (COVID-19) pandemic, the incidence of and issues surrounding this infrequently talked about occurrence has increased the world over. 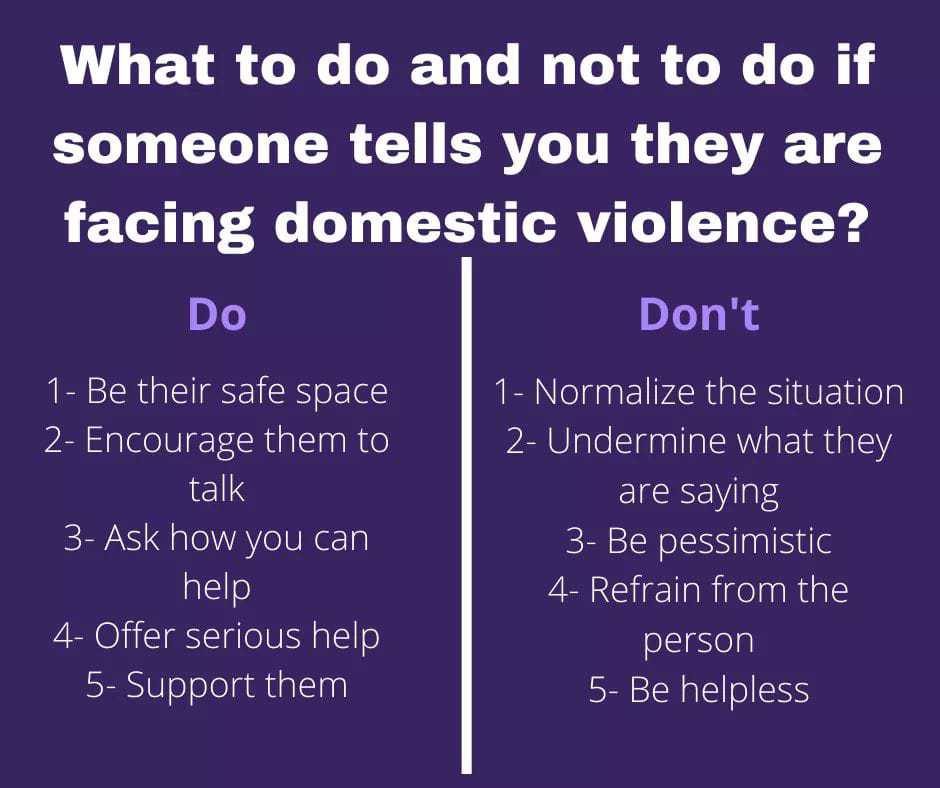 But a young Egyptian woman, Yasmine Ahmed, has come up with her own solution to the problem, in an effort to enact change, and to fight domestic violence in Egypt. The young Egyptian woman has set up an initiative entitled “Your Voice”, aimed at raising awareness of what happens behind closed doors.

“For many women and girls, the threat [of domestic violence] looms largest where they should be safest – in their own homes,” UN Secretary-General António Guterres has said, “We know lockdowns and quarantines are essential to suppressing COVID-19, but they can trap women with abusive partners.”

Guterres added that, even before COVID-19 existed, domestic violence was already one of the greatest human rights violations. In the previous 12 months, 243 million women and girls across the world aged between 15 and 49 have been subjected to sexual or physical violence by an intimate partner.

“As the COVID-19 pandemic continues, however, this number is likely to grow, with multiple impacts evident on women’s wellbeing, and their sexual, reproductive and mental health,” the UN said, “It is will also affect their ability to participate and lead in the recovery of our societies and economy.

Wide under-reporting of domestic and other forms of violence has previously made response and data gathering a challenge. Less than 40% of women who experience such types of violence seek help of any sort or report the crime. Less than 10% of those women seeking help go to the police.

Egypt, itself, has seen a total of 116 violent crimes against women and girls during the first half (H1) of 2020, according to the latest report by the Edraak Foundation for Development and Equality.

The report noted that the most common form of violent crime in this time period against women was murder, with a total of 40 homicides. This was followed by cases of suicide as a result of domestic violence, with 28 reported during H1 of 2020.

According to the UN, the current global circumstances make reporting even harder, and include limitations on women’s and girls’ access to phones and help lines. There are also disrupted public services, such as access to the police, and justice and social services.

These disruptions are likely to compromise the care and support that survivors need, such as the clinical management of rape, and mental health and psycho-social support.

They also fuel impunity for the perpetrators. In many countries the law is not on the woman’s side, with 1 in 4 countries having no laws specifically protecting women from domestic violence.

If not dealt with, this shadow pandemic will only add to the economic impacts of the COVID-19 pandemic. The global cost of violence against women has previously been estimated at approximately $1.5trn. That figure can only be rising as violence increases now, and continues in the aftermath of the pandemic.

The local action against domestic violence is where Yasmine Ahmed, a 20-year-old student at Alexandria University’s Faculty of Political Science, has decided to step in.

In order to deal with the issue of domestic violence in Egypt, Ahmed decided to establish the “Your Voice” initiative, which aims to raise national awareness on the subject.

Talking about the services and the goals of the initiative, Ahmed told Daily News Egypt that the “Your Voice” initiative focuses on three pillars.

Ahmed said that the second pillar is to ensure all means of support to the victims of domestic violence, by providing them whatever help that they seek.

She added that the third pillar would be to turn the initiative into an intermediary between the domestic violence victim and the different institutions, doctors, lawyers.

“At first, we listen to victims, then we provide them with different solutions guiding them to our volunteer psychiatrists, lawyers or to the organisations that could provide them with shelters or safe houses,” Ahmed said, adding that victims are guaranteed anonymity during the process.

She added, “We also try to make partnerships with different organisations to employ females that suffer from domestic violence, in order that they have a salary that enables them to become independent.”

In the coming period, Ahmed said that if the number of COVID-19 cases in Egypt were under control, she is planning to undertake work on the ground and set up ‘Your Voice’ awareness campaigns.

Story behind ‘Your Voice

“I have always been interested in women’s empowerment issues, and since 2016, I have been volunteering in a lot of projects concerned with this subject in Bibliotheca Alexandrina and with the Rotary Club,” she said.

She added, “Since I was young I have been listening to a lot of stories from victims of domestic violence, which has either been physical or emotional abuse, and I always hoped to change from being a listener to someone that takes action against those who are the perpetrators of domestic violence.”

Ahmed said that in 2018, she attended the Women2Women conference in Boston, which allowed me to develop my plan to combat domestic violence in Egypt. In 2020, she became an SDGs Advocate at the United Nations Resident Coordinator Office (UNRCO) in Egypt.

This move helped her increase her knowledge on the issue, and it was at this point that she was inspired to start her brainchild.

Team behind the initiative

” I began the project in July with my sister, who welcomed the idea, then a friend of mine joined us in co-founding the project,” Ahmed said, “So our team consists of me, my friend, and my sister, in addition to a number of volunteer psychologists and lawyers who provide free services for the victims.”

She added that her sister Farah, who was also a student at Alexandria University, has herself been an active volunteer and participant in student activities. Farah has a strong interest in political development and the promotion of sustainable development goals, especially in education.

“Meanwhile, my friend, Habiba Omran, is a third year student at the Faculty of Economics and Political Science, Cairo University,” Ahmed said, “She volunteered with Life Makers and the British Council as a brand ambassador, and is currently an SDGs Advocate at UNRCO, alongside her work with the initiative.”

Ahmed said that, on average, the initiative receives 10 cases of domestic violence per month.

The most difficult case that she has heard so far is a student that was exposed to sexual violence from her father. As the young woman was still a student, she was unable to leave the home as she had no money to become independent and remove herself from the home.

“Most of the time, the main reason that the victims prefer to be silent, rather than to speak up, is that they cannot afford to leave the home and become independent,” Ahmed said, “Another major factor for domestic violence is that which is aimed by husband at their wife, because of this concept of masculinity, and the need to control women.”

She also noted that daughters can suffer from domestic violence at the hands of their fathers due to trust issues, with the situation all too commonly descending into physical or emotional abuse.

“The Ministry of Interior and Ministry of Social Affairs have set up a hotline for victims to report domestic violence cases, but unfortunately no legal actions are taken against the perpetrators,” Ahmed said.

She added that, if the violence is physical, the law stipulates that the victim should provide proof that this violence took place and should bring a witness, which in most cases is difficult.

This is where Ahmed is trying to push for an active law that actually protects victims, with some amendments to the requirement and stipulations of proof.

Mohamed Samir, Counsellor and Spokesperson for the Administrative Prosecution Authority (APA), told Daily News Egypt that there is no unified law on domestic violence against women in Egypt. The penal code stipulates that every form of abuse is punished separately, whether it’s verbal, physical, or even sexual abuse. However, the punishment of these sorts for domestic violence can be toughened in courts when the perpetrator has authority over the victim.

“We need to have a unified law that includes crimes that occur as domestic violence, as there is currently a contradiction in the procedural model that differs from the penal code in terms of the place where the complaint is filed, the procedures and the proof, and the method of securing victims who go to safe places,” Samir said.

He added, “Judgments should also take place more quickly, with the state monitoring the relationship between the perpetrator and the victim, as many perpetrators are either husbands, fathers, or brothers, to ensure that any violence act against the victim is not repeated.”

“The community itself, unfortunately, has little awareness, with the general culture also unhelpful,” said life coach Shahenda Saad, “We need to build awareness around domestic violence, as we have a social defect in the concept and definition of what constitutes violence.”

Saad noted that, in Egypt, there is a general tendency to treat violence against young girls and women as a form of “discipline” that they have to accept, whether it’s meted out by their father, brother, or by extension their husband.

“We need awareness campaigns on both sides, aimed at the perpetrator and the victim,” Saad said, “These campaigns have to be adopted by organisations, whether governmental or trusted NGOS.”

Although she recommends speaking up against violence, Saad added that there are no general tips that can be provided for domestic violence victims, as the root problem can very often differ depending on the personalities of those involved. It can also be affected by the style of communication that victims use as well, and how they react.

She said that those victims who do speak up always receive speedy treatment to make a new start in life, whilst those women who choose to stay silent remain a hard nut to break through to.

Ahmed said that all segments of society should join forces to fight domestic violence, with NGOS, the government, and the private sector, each having their own role to play.

Meanwhile, NGOS have to try to reach cases who feel too scared to speak out, ensuring that procedures are in place for providing shelter to domestic violence victims for example. This would entail less bureaucracy in dealing with cases, and ensuring victims can receive access to the help they need.

Meanwhile, the role of the private sector is to ensure support is given to victims through providing job opportunities to them, providing training and courses, and the like.

A butterfly effect could turn things upside down: Hala Shukrallah

3 Muslims killed in US: Devil is in the details