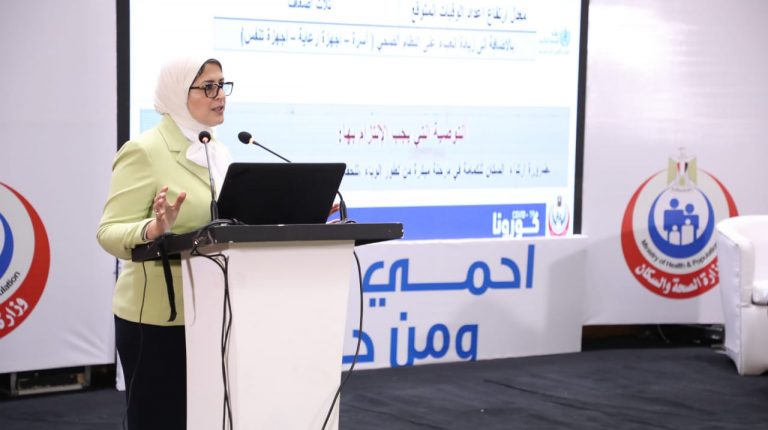 Egypt’s Minister of Health Hala Zayed said that Cairo, Alexandria, and Giza governorates have so far recorded the highest number of novel coronavirus (COVID-19) cases in Egypt. She added that her ministry is also ready for a potential second wave of the virus.

Zayed said that there is a need for the continued wearing of face masks, although there is no need to close schools in the current phase.

Speaking at a press conference on Sunday, the minister pointed out that December, January and February are expected to record the highest number of deaths. This is due to there likely being, as in other years, an increased number of respiratory disease cases.

Egypt has so far recorded a total of 108,6300 confirmed coronavirus cases, according to the latest data released by the Ministry of Health.

Zayed recommended a tightening of preventive and precautionary measures, particularly in closed places, cafes and restaurants.

She noted that her ministry has an interactive programme through which cases are identified and those who have come into close contacts are monitored, in order to identify the indicators for victims in Egypt.

The minister added that 65% of cases have been reported among retirees and those who have been in enclosed places for long periods, such as housewives. Farmers, drivers, and outdoor workers are less likely to contract the virus.

The number of cases has begun to increase in the eastern Mediterranean region, comparable with the same rates in Europe and the US. A high infection rate is usually followed by a high number of fatalities, the minister said.

“Infrastructure efficiency has been raised, and more than 60% of the fever and chest hospitals have been developed and supported with devices, gas networks and all necessary needs,” Zayed said.

She added that the ministry has undertaken agreements to ensure that vaccines against COVID-19 are made available for citizens once these vaccines are confirmed as effective in treating the virus.