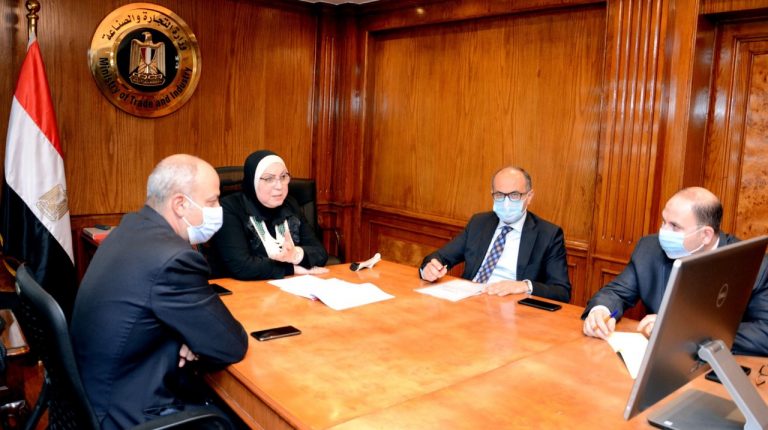 Gamea affirmed the Egyptian government’s keenness to fulfil all its obligations towards all regional and international economic organisations and gatherings. This fulfilment on the Egyptian side is to support the group in carrying out the roles entrusted to them to the fullest.

The minister said Egypt supports COMESA’s efforts to confront the repercussions of the novel coronavirus (COVID-19) on the intra-trade movement, and the movement of goods and individuals between the countries of the assembly.

She pointed out that the COMESA Secretariat has to encourage the COMESA’s seven remaining member states that have not yet joined the Tripartite Free Trade Area (TFTA) to do so.

The TFTA is a proposed African free trade agreement between the COMESA, the Southern African Development Community (SADC), and the East African Community (EAC).

The minister noted that Egypt’s Micro, Small, and Medium Enterprises Development Agency (MSMEDA) will launch the “50 Million African Women Speak” platform on 18 November in cooperation with COMESA, the EAC, and the Economic Community of West African States (ECOWAS).

She noted that this platform will contribute to providing distinguished services for businesswomen in Africa, whilst activating their sustainable development role in the African economy.

For her part, Kapwepwe, emphasised Egypt’s importance in supporting COMESA and activating its role in promoting trade exchange and joint investments among the grouping’s member states.

She added that the COMESA Extraordinary Ministerial Council approved a number of precautionary measures to confront the repercussions of the global health crisis on the economic cooperation system among the assembly’s countries.

This included precautionary measures aimed specifically at long-distance truck drivers. It also saw the creation of an information platform to provide all data on commodity services and basic goods to activate the electronic trade system among COMESA countries.