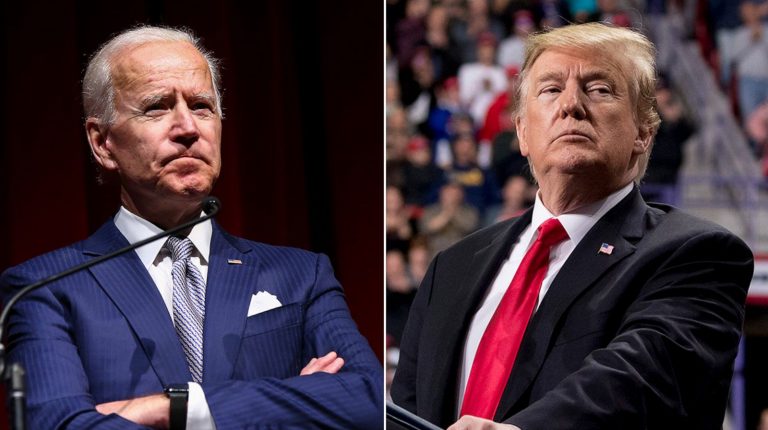 The Democratic Party member Joe Biden addressed the American people for the first time as president-elect in his hometown of Wilmington, Delaware, on Saturday night.

The Democrat, who defeated incumbent President Donald Trump in the 3 November election, told his supporters that he “seeks not to divide, but to unify” the nation.

“Folks, the people of this nation have spoken. They’ve delivered us a clear victory, a convincing victory,” he added, “I sought this office to restore the soul of America, and to make America respected around the world again, and to unite us here at home.”

In a closely fought battle, Biden was declared victor on Saturday after surpassing the required 270 Electoral College votes following his win in the swing states of Pennsylvania and Nevada.

After the declaration on Saturday that Biden had won the race for the White House, Trump and his allies made one thing clear: he does not plan to concede anytime soon.

Trump has spent months attempting to undermine the election results with unproven allegations of fraud. He pledged, on Saturday, to proceed with a legal strategy that he hopes will overturn state results that gave Biden the win in last Tuesday’s vote.

Trump’s aides and Republican allies, while somewhat conflicted on how to proceed, largely supported his strategy or remained silent.

“The simple fact is this election is far from over. Joe Biden has not been certified as the winner of any states, let alone any of the highly contested states headed for mandatory recounts, or states where our campaign has valid and legitimate legal challenges that could determine the ultimate victor,” Trump said in a statement released by his campaign following Biden’s declaration as winner.

Several media outlets reported that the president’s allies and advisers privately admitted that the former New York businessman’s chances of overturning the election results and staying in the White House were slim. While preparing for an eventual concession, they called for time to let the legal challenges run their course.

Media reports also suggested that hundreds of Trump’s supporters rallied in downtown Phoenix, Arizona, on Saturday to contest Biden’s election. They charged the media with conspiring to steal the election and calling the results a “coup”.

Tensions escalated on Saturday, with protesters at one point threatening to take down the fence cordoning off the elections department and some media members from the group.

A contradiction of clashes and celebrations are taking place, on Saturday, as the US reported a record increase in the number of novel coronavirus (COVID-19) cases for a fourth consecutive day. At least 131,420 new infections were reported nationwide, bringing the country’s total caseload to about 9.91 million, according to a Reuters count.

Seventeen states reported a record one-day increase on Saturday, while 14 states reported record daily numbers of hospitalised patients. The number of deaths nationwide has now exceeded 1,000 for a fifth consecutive day, according to a Reuters tally.