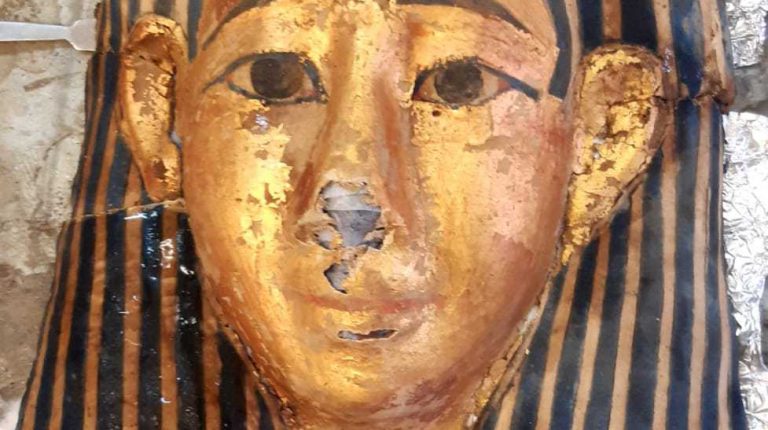 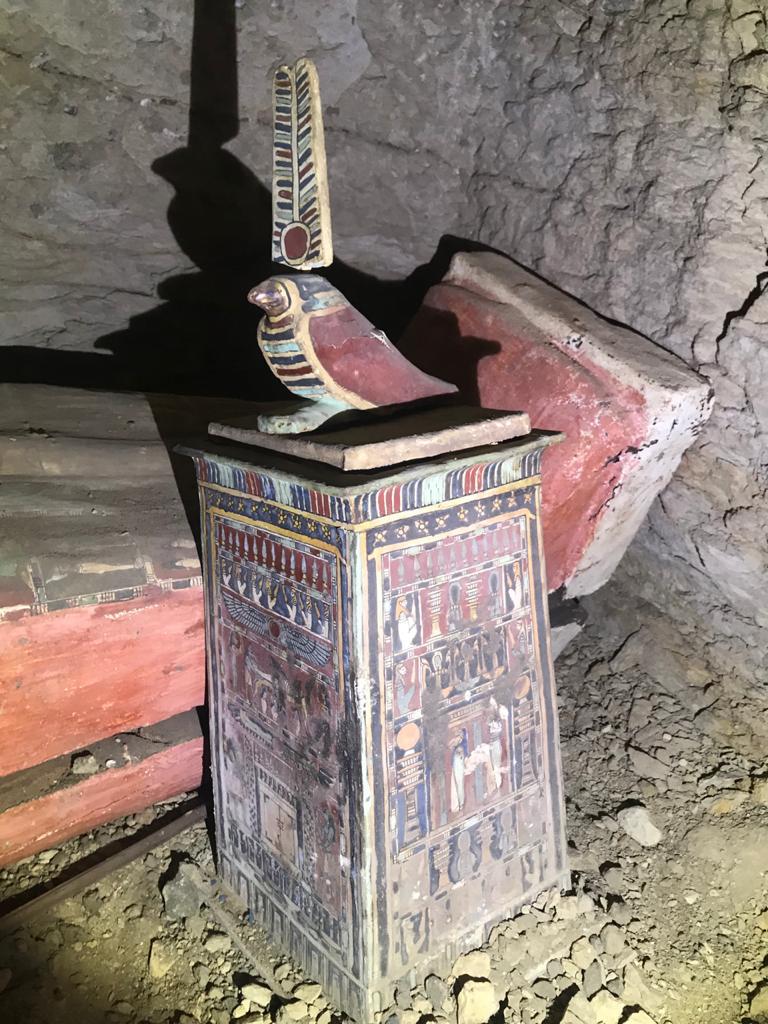 Egypt’s Ministry of Tourism and Antiquities will announce the biggest archaeological discovery of 2020 at a press conference in the Saqqara necropolis in the next few days.

The excavations of the Egyptian archaeological mission, which is working in the Saqqara necropolis, discovered new shafts filled with a huge number of intact, painted and anthropoid coffins buried inside.

Such is the size of the new discovery, that it exceeds even the huge number of coffins that were discovered and announced in early October. The shafts, which have been closed for over 2,500 years, include a number of gilded artefacts, including wooden statues and coloured and gilded masks.

The Egyptian archaeological mission announced that, in the past few years, a number of important archaeological discoveries in Saqqara have been made. The last of these was the discovery of 59 well-preserved, painted coffins of top officials and priests from the 26th Dynasty, with mummies still inside. The discovery was announced at an international press conference early last October.