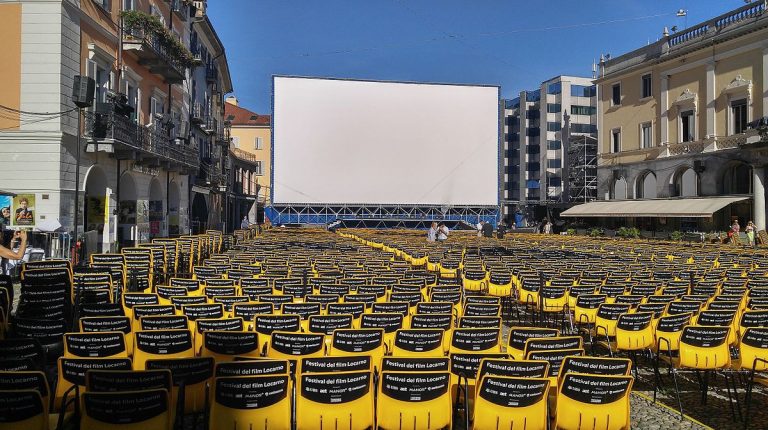 Switzerland’s Locarno Film Festival has announced its appointment of Italian film critic and former head of the Venice Film Festival’s Critics’ Week, Giona A Nazzaro, as its new Artistic Director.

Nazzaro, who will take on the role effective as of 1 January, has described the film festival as “a vital hotbed of ideas, looking creatively to the future”.

The entire Festival Board embraced his name unanimously during the meeting that took place on 4 November. Nazzaro, an Italian national born in Zurich and a veteran of international film culture and festivals, will assume his full-time role at the start of the New Year.

However, he is already working with Nadia Dresti, the interim artistic director and head of Locarno Pro, to put together the upcoming edition of the Festival, Locarno74.

Born in Zurich in 1965, he has a degree in German and English Language and Literature. From 2010 to 2020 he was a programmer and curator on the selection committee of the Visions du Réel Festival in Nyon. He has also previously collaborated with the Locarno Film Festival, as a moderator.

Nazzaro has worked with several other film festivals, including the Turin Film Festival, the Rome Film Fest and the Festival dei Popoli in Florence. He has written and curated monographic studies on directors such as Gus Van Sant, Spike Lee and Abel Ferrara.

As editor of a number of volumes, he effectively introduced the study of Hong Kong cinema to Italy, and has also conducted research in new strategies for serial narration in television. With an interest in new technologies in film and the arts, he is a professor of Media Design and MultiMedia Arts at NABA (Nuova Accademia di Belle Arti). He trained as a journalist and writes for a range of international titles. He is also a member of the Federal Commission of Cinema.

Locarno President Marco Solari said, “In Giona Nazzaro we have an ideal match for the artistic profile of the Locarno Film Festival.”

Solari added, “Nazzaro is expert and knowledgeable, already perfectly familiar with Locarno, equipped with the planning skills for our festival’s indispensable future innovations in the digital environment.”

He also described the Italian as a person who has an international mindset but also strong ties to Ticino and Switzerland.

“It is an honour to direct the Locarno Film Festival, an institution which has always prioritized quality, auteur filmmaking and which today more than ever is a vital hotbed of ideas, looking creatively to the future of the moving image,” Nazzaro said of his appointment, “I will be setting straight to work in the hope of being able to re-open the Piazza Grande, the beating heart of the Festival and an iconic symbol of the resilience of cinema.”