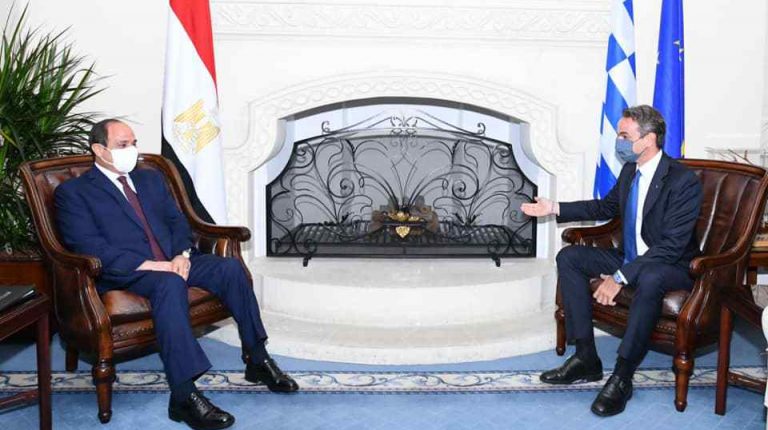 Egypt’s President Abdel Fattah Al-Sisi headed to the Greek capital, Athens, on Tuesday as part of an official visit, according to a presidency statement.

The visit comes as part of the joint Egyptian-Greek keenness to continue consultations at the bilateral level, as well as on a tripartite level with Cyprus.

Al-Sisi is scheduled to hold high-level, intensive talks with a range of Greek ministers, including Prime Minister Kyriakos Mitsotakis, President Katerina Sakellaropoulou, the Parliamentary Speaker, and the Ministers of Energy and Environment.

The talks will tackle enhancing bilateral cooperation particularly in the field of energy, trade exchange, investment opportunities in Egypt, in the light of Egyptian mega national projects.

Meanwhile, the two countries’ leaders are also set to address and exchange views over regional and international issues of common interest, in particular, updates in the Eastern Mediterranean region, as well as counter-terrorism and extremism.

The leaders of the three countries discussed strengthening economic, commercial, investment, tourism, and cultural cooperation. The trilateral meeting took place aimed at establishing a new phase of strategic integration between the three countries.

At the time, Al-Sisi said that Egypt is looking forward to the implementation of more energy and strategic projects with Cyprus and Greece, similar to those recently launched by the East Mediterranean Gas Forum.