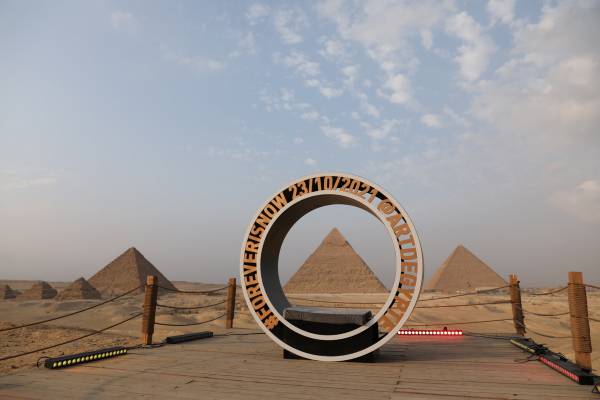 The Art D’Égypte Foundation has announced that its fourth exhibition, entitled “Forever is Now”, will be launched on 23 October 2021 at the Great Pyramids of Giza. 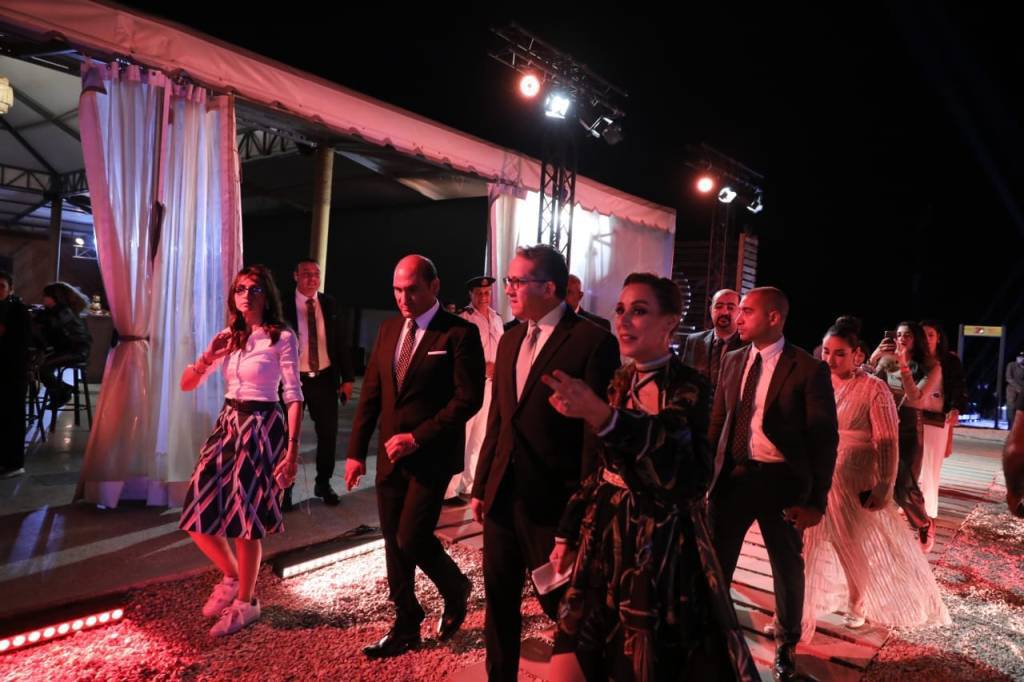 The exhibition will be held under the auspices of the Ministry of Antiquities and Tourism and the patronage of the United Nations Educational, Scientific and Cultural Organization (UNESCO).

The Art D’Égypte Foundation, which specialises in organising art and cultural exhibitions, will invite international and local artists to participate in the exhibition.

The “Forever Is Now” exhibition is the first of its kind in the 4,500-year history of the Giza Pyramids plateau. The exhibition represents a merging of ancient heritage and contemporary art at the oldest and last remaining of the Seven Wonders of the Ancient World, which today survives as a UNESCO world heritage site.

The Pyramids will receive contemporary artists from all over the world to display their work. The event will include a cultural awareness programme to provide the opportunity for youth to participate as art and heritage guides within the exhibition’s duration. The programme will also include free public lectures, and a theatre where cultural activities will be displayed.

Nadine Abdel Ghaffar, the founder of Art D’Égypte, said, “The exhibitions organised by Art D’Égypte aim to connect ancient and modern Egyptian arts, and next year’s event will show the  global influence of Ancient Egypt and the continuity of this influence through contemporary arts, which have inspired and stimulated the imagination of artists throughout history.”

She added that the foundation’s mission vision aligns with convention on the Protection and Promotion of the Diversity of Cultural Expression. She also said that this exhibition will be the first of its kind, as it represents a mixture of ancient heritage and contemporary art at one of the seven wonders of the ancient world. 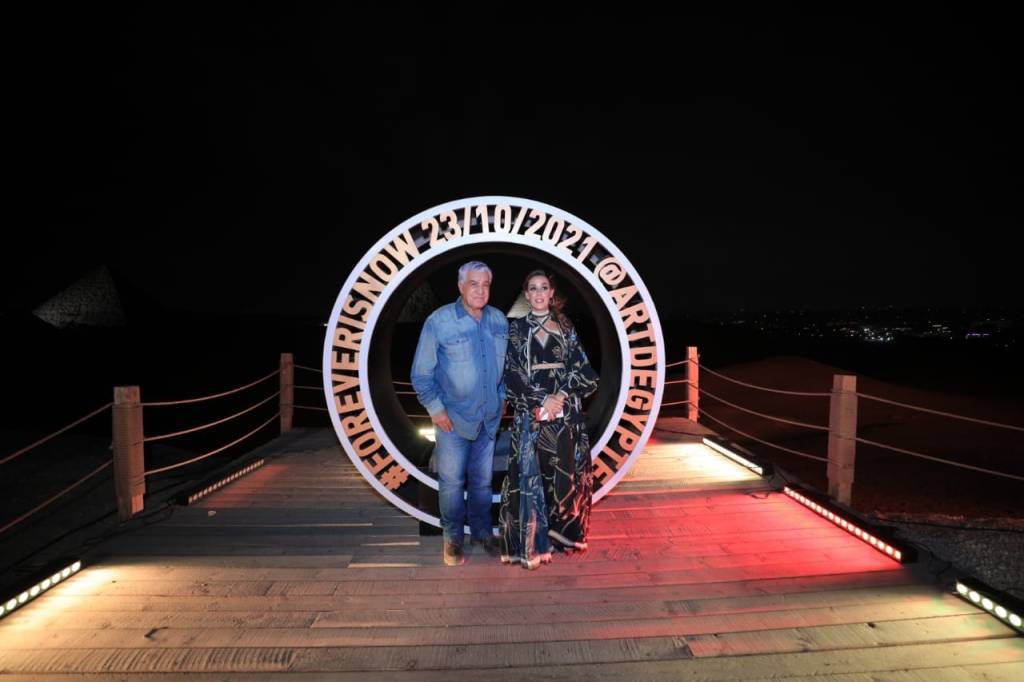 “I have always felt awe facing the ancient civilisation and its impact on many generations in science, arts, mathematics, social justice, cultural development and innovation fields,” Abdel Ghaffar said.

She said that “the Ancient Egyptian civilisation was able to construct monuments that we, as humans, cannot even understand or can build them.”

Stimulated by these wonders, the exhibition will present to the world the treasures and masterpieces of the Ancient Egyptian civilisation in the context of contemporary reality.

“Egyptian culture is a gift to humanity, and the purpose of this exhibition is to showcase these treasures in a dialogue with the contemporary on an international scale, to the rest of the world,” Abdel Ghaffar said, “Ancient Egypt has influenced artists from around the world, and so we bring the world to Egypt and Egypt to the world through art.”

She indicated that the exhibition will commemorate the Egyptian sculptor Adam Hanin, who passed away last May at the age of 91. He is considered one of the most prominent contemporary sculptors in the Arab world.

He has collections at the Ministry of Education’s Museum, the Ministry of Culture, and the Museum of Modern Art in Cairo. The International Sculpture Garden in the US city of Dallas, Texas, as well as exhibits closer to home in the Art Village of Harrania, Giza, and the Al-Ahram Foundation building in Cairo, also host Hanin’s work. 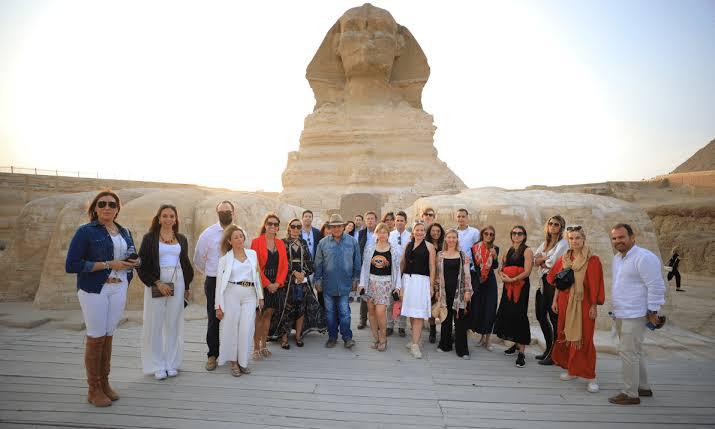 Hanin was also a skilled painter who drew on papyrus with natural dyes mixed with Arabic gum, as well as using the technique of drawing on traditional plaster. He drew his inspiration from the Ancient Egyptian civilisation after visiting the Egyptian Museum in Cairo’s Tahrir Square when he was eight years old, a trip that became a turning point in his life.

He spent nearly 10 years working on the restoration of the Great Sphinx. During his career, he created a large number of pieces of varying sizes, using various materials such as granite, bronze, plaster, limestone and pottery. His first works embodied the agility and durability of Ancient Egyptian statues.

The “Forever is Now” exhibition will see the participation of a number of leading experts and international institutions with extensive experience and knowledge in Egyptology, as well as the archaeological history of the Giza Pyramids.

Renowned Egyptian archaeologist Zahi Hawass will also participate in the exhibition to provide archaeological guidance on the merging ancient monuments and contemporary artists.

The “Forever Is Now” exhibition is the fourth such event in the series of exhibitions by Art D’Égypte Foundation. The foundation is a pioneering platform that has changed the way the world views contemporary art in Egypt, through merging and rapprochement between old and new art. 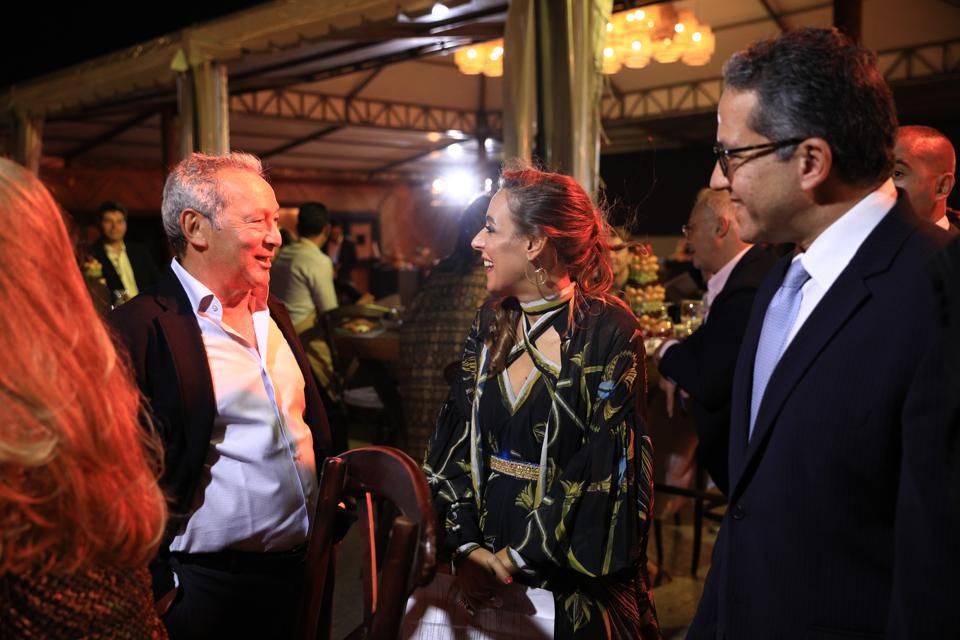 Promoting Egyptian art internationally, the annual exhibitions are held to present contemporary Egyptian art in heritage sites that link the ancient and present Egypt. The upcoming event will feature international artists, offering a cross-cultural vision and showcasing Ancient Egypt as an enduring source of inspiration for contemporary artists throughout history.

Art D’Égypte continues to take bold approaches in bringing together fashion, art, and ancient Egypt history. Abdel Ghaffar has even brought art onto the street, bringing it to the 1,500-year-old Al-Muizz Street in the heart of Islamic Cairo.

“For a year, we engaged with women artists, and we did it on our own with no support from anyone,” she said, “It’s amazing how in three years this has grown organically.”

She did not stop there too – another project she headed on Al-Muizz Street is the reason behind UNESCO’s patronage of her exhibitions. Abdel Ghaffar put art into one of the mosques on Al-Muizz Street, in a project that turned into community engagement of Egyptian heritage.