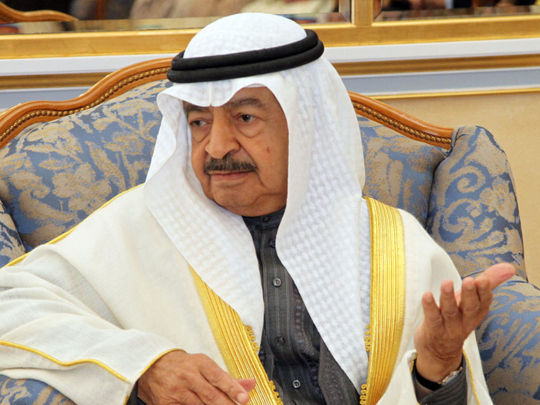 Egypt’s President Abdel Fattah Al-Sisi has sent his condolences to Bahrain’s King Hamad bin Isa Al-Khalifa on the passing away of the country’s Prime Minister, Prince Khalifa bin Salman Al Khalifa, on Wednesday. He was 84.

Al Khalifa’s body will be repatriated from the US, where he had been receiving medical treatment at the Mayo Clinic Hospital at the time of his death.

Bahrain’s King announced an official week of mourning, while ministries and government departments will be closed for three days as of Thursday, the report added.

Prince Khalifa was the longest serving Prime Minister in the world, having assumed the post in 1970, a year before Bahrain’s independence in 1971.

He was born on 24 November 1935, and had previously served as the country’s head of the State Council and of the Supreme Defence Council.

The prince represented an older style of Gulf leadership, which was challenged in the 2011 protests by the island’s Shiite majority and others. The demonstrations took place against him over long-running corruption allegations surrounding his rule.

Though less powerful and frailer in recent years, his machinations still drew attention in the kingdom as a new generation now jostles for power, according to AP.