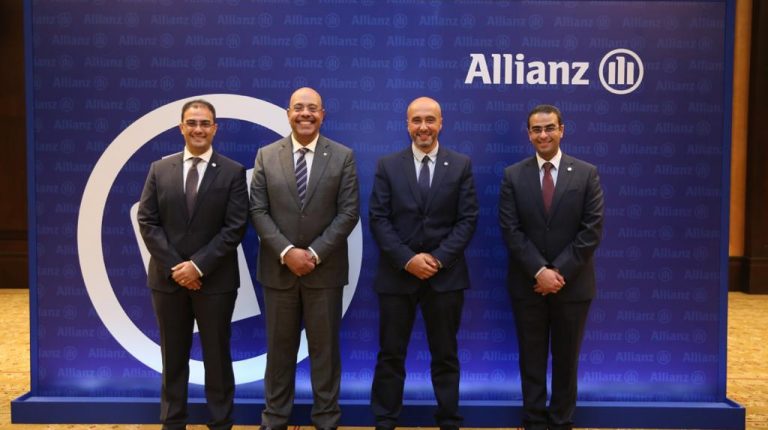 The company has successfully prospered with its profitability, which has come despite the general economic repercussions of the novel coronavirus (COVID-19) pandemic.

Ayman Hegazy, Chairperson and CEO of Allianz Companies in Egypt, said, “Since its inception in 1976, Allianz Egypt has never ceased to leverage its Customer Centricity strategy, constantly placing clients ahead.”

“Such an approach has prominently built a solid foundation to our witnessed investments reaching EGP 13.5bn, thriving with profits reaching EGP 490m, and flourishing with our business volume to EGP 5.35bn,” he added, “In addition, we’ve committed ourselves to pay claims worth EGP 2bn in such challenging time, standing tall as a trustworthy partner to our clients in Egypt.”

He also said that the company’s expansion plan is to encompass covering further governorates in the Delta region and Upper Egypt in the near future.

Hegazy unveiled Allianz SE’s global rankings and acknowledgment granted to the group, reflecting its robust financial stability and incomparable performance throughout the FY 2019/20.

He highlighted that Allianz has once again been recognised as the world’s top insurance brand in Interbrand’s Best Global Brands Ranking. Furthermore, the Group has been listed at the head of the three internationally leading rating agencies: Standard & Poor’s, Moody’s and A.M. Best. On Insurer Financial Strength Rating, Allianz SE ranked AA by S&P, Aa3 by Moody’s and A+ by A.M. Best.

He praised the sincere endeavours of Allianz Egypt family members in making such a breakthrough come to light amid the challenging times of the pandemic.

“For the first time, Allianz is exclusively introducing Cyber Insurance to Egypt. Our groundbreaking solution is especially tailored to comprehensively secure banking and non-banking businesses against all digital threats,” Mahran said, “We are still going stronger by the day, offering world-class services; including car & medical insurance, that were well sought-after by customers.”

The company’s long-term business plan is firmly established on properly serving its shareholders, while competently implementing the State’s strategies, Mahran noted. On this basis, the company is now optimising its digital transformation, reinforced by the mother company’s well-renowned expertise as one of the most distinguished insurers worldwide.

Charles Tawdros, Managing Director of Allianz Life Assurance Company, said, “Empowered by our loyal customers’ trust earned over the years, Allianz has prodigiously bloomed with Life Assurance in FY 2019/20. Our unrivalled success was best exemplified in mounting with GWP by 35%, hitting EGP 4.2bn in 2020 against EGP 3.1bn in 2019.”

Allianz Life Assurance Company has partnered with a seasoned microfinance entity to offer an affordable assurance programme, covering 0.5 million underprovided citizens across Egypt by the end of 2020. Tawdros hinted that the company is currently inking a convention with a well-esteemed bank in Egypt, with the alliance set to be officially announcing shortly.

“Promoting for the education of the underprivileged, Allianz Egypt joined forces with the UNICEF to strengthen social inclusion and social protection programmes for vulnerable children along with their families,” he added, “Since 2019, Allianz Egypt contributed an amount of EGP 3m as a result of the sales of a 192K Life & Motor insurance policies, to properly serve the objective of (I Deserve a Chance) initiative.”

Abdelshahid said, “On a Health front, Allianz Egypt allied with Zewail City of Science and Technology to produce 12 isolation cabins for the white army who undergo PCR tests. In addition, our fruitful partnership supports Zewail City’s R&D centre to create a prototype of the first 100% Egyptian manufactured ventilator. On the sports front, Allianz Group has become a worldwide Olympic & Paralympic Insurance Partner from 2021 all through 2028.”

Covid-19 pandemic ‘race of dying from infection or dying from hunger’: El-Erian