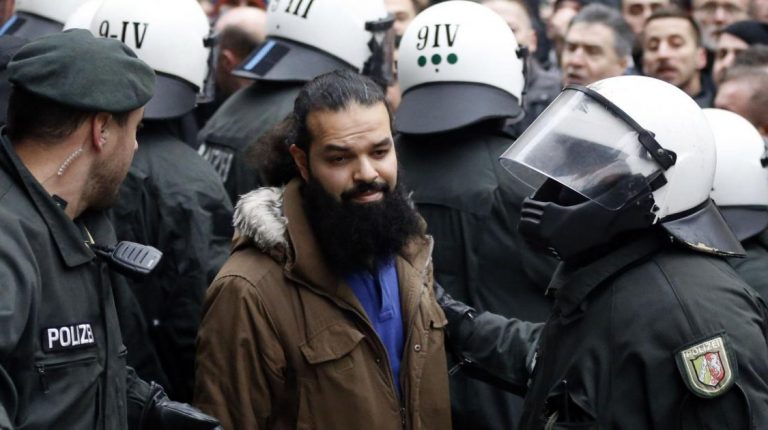 Austrian prosecutors said that police arrested 30 people in more than 60 raids, on Monday, as part of an anti-terror operation. They added, however, that there is no link between the detainees and a deadly attack which took place in Vienna last week in which a militant killed four people.

The added that EU countries “have rejected any extremist practices, so that any legitimacy for the presence of terrorist entities on the ground is forfeited”.

The recent raids in Vienna targeted people suspected of belonging to or supporting the Palestinian Islamic Resistance Movement (Hamas) and the Muslim Brotherhood.

Austria has officially detained 10 suspects in connection with last week’s attack in Vienna, which was carried out by a 20-year-old gunman previously convicted of trying to join ISIS in Syria. Police shot him dead minutes after he shot at bars and pedestrians in the centre of Vienna.

Khaled Okasha, Director of the Egyptian Center for Thought and Strategic Studies, said that Austria’s move, which was preceded by France a few weeks previously, was very important in “cutting off Muslim Brotherhood safe havens”.

According to Okasha, France and Austria are, for the first time, talking about Islamic entities running centres and activities among existing Muslim communities, as well as laundering money.

He anticipates that the terrorist strikes in Paris and Vienna would extend to the rest of the EU.

He also said, “We are talking about two important members in the EU which suffer from the presence of the Muslim Brotherhood, that works with the same mechanism in most of these countries in a similar way.”

Okasha added, “We find these countries are now taking an advanced position that they have not taken before, and it will have great effects in terms of overthrowing the Muslim Brotherhood, especially in Austria, where the group has always enjoyed great influence and controlled multiple activities over two generations from the middle of the last century.”

He noted that, for the first time, EU countries are talking about those entities that are feeding into this Muslim Brotherhood presence, whether charitable or Islamic societies. There is also the further issue of controlling mosques active in EU states.

All of these entities are pathways that provide the Muslim Brotherhood with freedom of movement, and bring with it inflows of money that have been used to make their negative influence more difficult to combat.

Speaking about Germany as a third example in confronting the terrorist group, Okasha said, “Germany has not yet announced major steps, but has announced similar security activities against Hezbollah, in the context of corporate cover, money laundering, providing safe havens.”

He added that Germany has carried out an arrest and deportation process for associations and companies that have been proven involved with the group.

Like Egypt, the US and EU have designated the Muslim Brotherhood as a terrorist organisation, although the group is not on the EU’s terrorism blacklist.

Austria’s Public Prosecutor’s Office said it is investigating more than 70 people, on suspicion of belonging to and supporting Hamas and the Muslim Brotherhood.

On Monday, Austria reported that the militant, who shot four dead in Vienna last week, met in the summer with individuals from Germany who were under surveillance. This was in addition to the perpetrator’s meeting with two men who have been since been arrested in Switzerland.

“A meeting took place in Vienna between the individuals who you mentioned were from Germany and Switzerland, but this meeting was attended by others,” the Director-General of Public Security, Franz Rove, said at a press conference. They were arrested in the course of the investigation.”

Egypt is the castle that will protect us against immigration: French nationalist leader

Lessons from the presidential elections: Egypt’s media and the upcoming parliamentary campaign