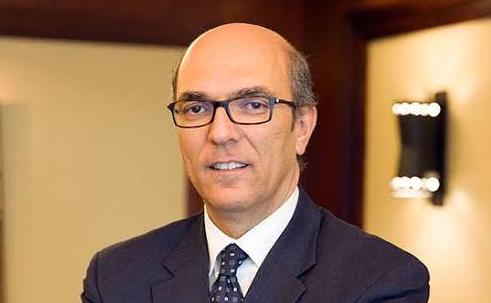 Sherif Kamel, Head of the American Chamber of Commerce (AmCham) in Egypt, announced on Wednesday that Egyptian-US relations will stay the same despite the presence of a new administration headed by Democrat President-elect Joe Biden.

Kamel added that trade and investment between the two countries would exist regardless of who inhabits the White House.

During a virtual press conference, Kamel said that over 1,300 US enterprises of various sizes have a presence in Egypt. He noted that since the establishment of the US-Egypt Business Council (USEBC), the volume of bilateral agreements between the two countries have increased greatly.

Kamel said that the volume of trade between Egypt and the US reached $8.6bn in 2019, reflecting the largest volume in Africa, and the fifth largest in the Middle East. He added that the US is the third largest investor in Egypt, after the UK and Belgium.

He confirmed that AmCham remains independent of politics, as it has trade connections with both Democrat and Republican representatives. He also said that AmCham’s role is to encourage trade and investment exchange between the two countries.

“We represent the private sector in creating job opportunities in a way that improves the Egyptian economy,” Kamel said.

He also said that some virtual meetings will be organised in mid-December with US companies, confirming that there is no trend towards a downturn on their part. Most, however, are planning to increase cooperation and investment with Egypt in the future.

Kamel said that the US side does not reject the establishment of a free trade agreement with Egypt, but it requires efforts from both sides to achieve the agreement.

He added that the US focus is currently on Africa, in order to counter the Chinese influence on the continent.

Kamel asserted that Egypt has a great opportunity for investment in the aftermath of the novel coronavirus (COVID-19) pandemic, as he thinks that China will not become the world’s factory.

There may also be a reconsideration of the issue of globalisation and outsourcing, with Egypt possessing large areas and a huge market size which may attract foreign direct investment (FDI).

“I do not think that the world will return to pre-pandemic practices regarding investment, especially as the world has focused of late on the energy field, but in Egypt we also want agriculture, industry, education and technology projects,” he said.

Kamel anticipates that there will be wider areas for cooperation between Egypt and the US in the coming period. This is particularly with Egypt’s accession to the African Continental Free Trade Agreement (AfCTA), which opens up markets of about 1.3bn people. This is also in light of the US-African Prosperity Project, making Egypt a potential regional centre for the US in Africa.

“In my opinion, as big as Egypt is and its importance in the region has proven to be, it has to have a great role in achieving the stability of the region,” Kamel said, ”Foreign policy is determined by interests through companies and the volume of their business in Egypt.”

Kamel also said that the coming period must focus on Egypt’s interests in the trade exchange file and creating investment opportunities for US companies.