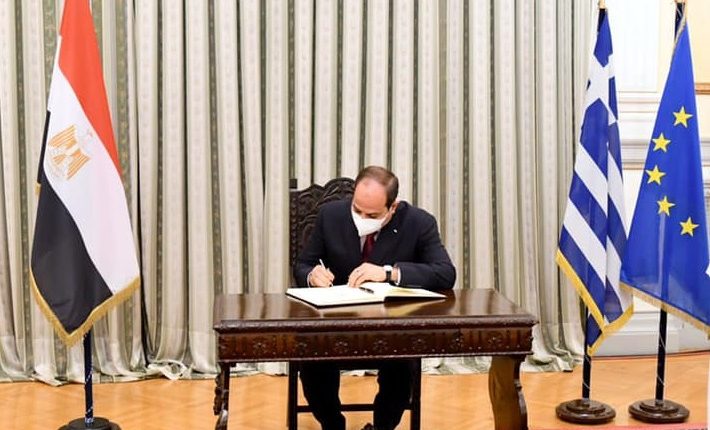 The pair discussed bilateral cooperation and recent developments in the Middle East and the Eastern Mediterranean regions.

Tasoulas praised Al-Sisi’s efforts and initiatives that aim for peace and stability in the region.

During his visit to Athens, Al-Sisi met with several high-profile officials including Alexis Tsipras, the former Greek Prime Minister and left-wing Syriza Party leader, and Greek Minister of Environment and Energy, Kostis Hatzidakis.

The Egyptian President arrived, on Tuesday, in Athens in an official visit that came as part of the Egyptian-Greek consultations at the bilateral level, as well as at the tripartite level with Cyprus.