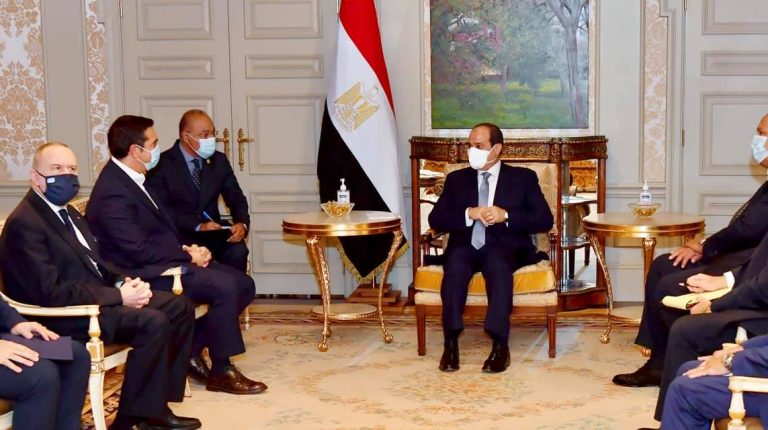 Al-Sisi emphasised Egypt’s keenness to enhance cooperation with Greece in different fields as well as continuing consultation between the two countries on regional developments.

For his part, Tsipras expressed Greece’s readiness to strengthen ties with Egypt in various fields, hailing the Egyptian efforts to maintain stability and security in the Middle East and Eastern Mediterranean regions.

The pair also exchanged views over political issues in the region, in particular, the Libyan crisis and recent updates in the Eastern Mediterranean region.

Al-Sisi arrived, on Tuesday, to Athens in an official visit that came as part of the Egyptian-Greek consultations at the bilateral level, as well as at the tripartite level with Cyprus.

The Egyptian President met, on Wednesday, with his Greek counterpart Katerina Sakellaropoulou and Greek Prime Minister Kyriakos Mitsotakis, where they discussed boosting cooperation between the two countries.

The three leaders discussed regional issues of mutual concern, including combating illegal immigration and terrorism, achieving religious coexistence, and supporting peaceful solutions to the current crises in the region.

The meeting also addressed the latest updates in the Eastern Mediterranean region, where Cairo extended support for Greece in the latter’s dispute with Turkey over maritime borders and gas exploration.