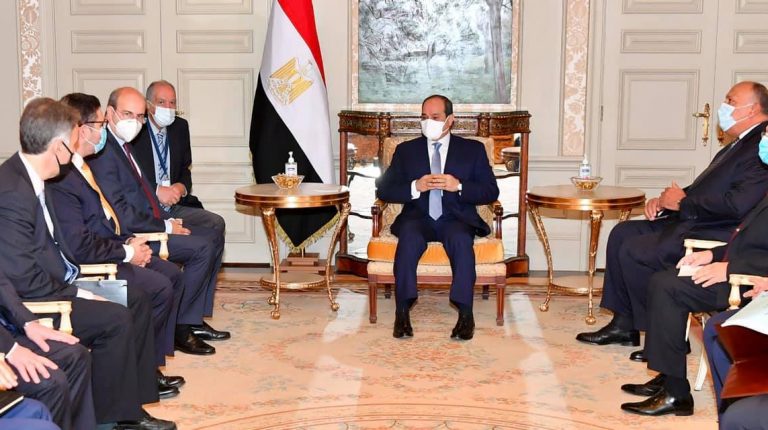 Al-Sisi discussed with Hatzidakis bolstering bilateral cooperation in the energy field, in light of the Egyptian efforts to develop the sector, internally and regionally.

The Egyptian President affirmed his country’s keenness on enhancing cooperation with Greece on traditional and renewable energy production, particularly after the establishment of the East Mediterranean Gas Forum (EMGF), as well as the signing of Egypt-Greece maritime demarcation deal.

Moreover, Al-Sisi has held extensive talks with other Greek officials during the Athens visit which began on Tuesday. These talks tackled developing the relations between both countries particularly in energy, trade exchange, and investment in Egypt.

Earlier in September, Egypt, Israel, Greece, Cyprus, Italy, and Jordan signed the EMGF charter in Cairo. The forum aims to establish an international organisation that respects the rights of members regarding their natural resources, in accordance with the principles of international law.

In August, Egypt and Greece signed a maritime demarcation deal, in a move to maximise the use of mineral resources in the Eastern Mediterranean region. The agreement lays out the boundaries between the two countries’ exclusive economic zones, amid growing tensions in the region, due to illegal Turkish attempts to explore for oil in the region.

In a 2010 report, the US Geological Survey estimated that “1.7bn barrels of recoverable oil and a mean of 122trn cubic feet of recoverable gas lie in the Eastern Mediterranean’s Levant Basin Province.”