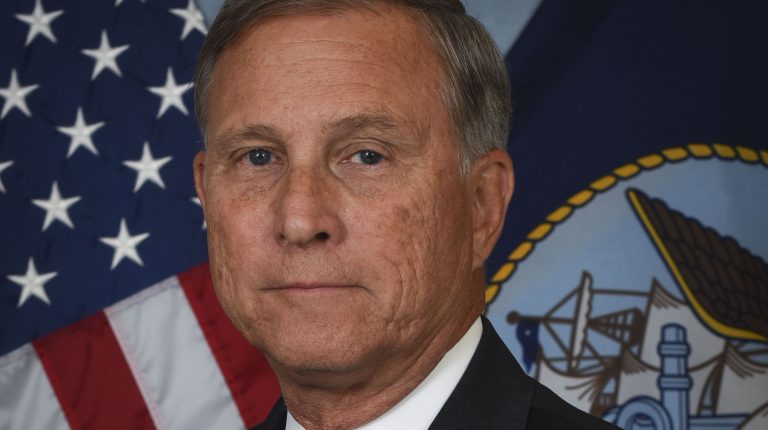 The United States Under Secretary of the Navy, Gregory J. Slavonic, visited Egypt, on 8-10 November, and met with key Egyptian defense officials, including the Commander of the Navy.

Slavonic expressed US support for Egypt’s efforts to monitor and secure its extensive coastline and combat smuggling, trafficking, and piracy.

He also reaffirmed US support for a strong, secure, and prosperous Egypt, as well as “our commitment to freedom of navigation, and our continued partnership on security issues.”

The US Under Secretary also met the Director of the Suez Canal Authority. Slavonic stressed that the Suez Canal is a vital waterway to the global economy and to regional and global security, through which an estimated 12% of all world trade flows.

“My time in Egypt was very memorable and I’ve enjoyed the opportunity to meet with defense officials and have meaningful conversations regarding regional and maritime security and stability,” said Slavonic. “I look forward to strengthening our continued partnership as we work together towards common goals.”

Since 1946, the United States has provided more than $57bn in military aid to Egypt, including more than $1bn annually since 1983. This aid includes Navy frigates, minesweepers, and patrol craft essential to securing the Suez Canal and Egypt’s maritime borders. The US is currently implementing programmes worth approximately $2.5bn in direct support of the Egyptian Navy.

Topics: Egypt military US US Navy