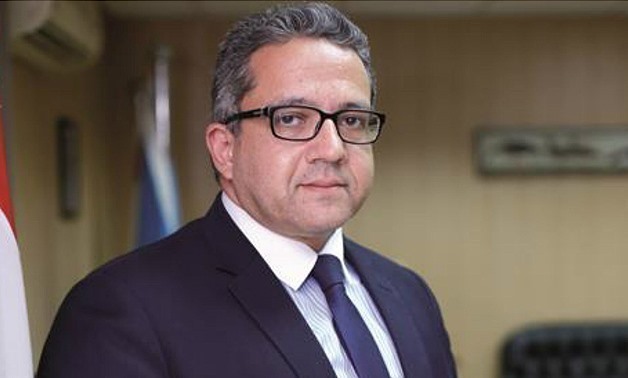 Minister of Tourism and Antiquities, Khaled Al-Anani, announced that the Grand Egyptian Museum (GEM) will be ready by next June.

The main attraction in the museum will be the collection of King Tutankhamun, which was in display in London, the minister said.

“We closed the exhibition six weeks before its due date. We moved more than 95% of the common collection to the GEM. The showcases are installed, so everything will be ready by next June,” he added.

“But for the opening ceremony, it’s another issue. We will be inviting presidents and kings from all over the world, so I think that we have to wait to see how things will be changing in terms of COVID-19 all over the world. So it will be some date during the second half of 2021,” Al-Anani said.

His remarks came on Thursday, during his speech at the week-long virtual “Egypt’s Green Economy” programme, organised by the British Egyptian Business Association (BEBA) and the Egyptian-British Chamber of Commerce (EBCC).

He mentioned that the GEM was built on area of around 500,000 sqm, and it will features tenths of thousands of monuments.

“Egypt is not building one museum, we are building museums almost everywhere. Egypt has never invested such amount of money to build new museums in the modern history. The GEM costs almost $1bn. And despite all the financial challenges that Egypt faced during the last years, we are still building the museum. It’s a loan, not a grant,” he said.

Moreover, Al-Anani said that the Egyptian government now is building very attractive resort destinations; one of them is in the North Coast, the New Alameen City, which will be a big leisure and cultural hub on the Mediterranean Sea.

He revealed that within the next coming weeks, probably before the end of the year, Egypt will be opening another resort around 100 km from Cairo, in the El Galala City.

“To combine leisure and culture, we will open for the first time the Hurghada Museum within the next three weeks, in addition to the National Museum of Egyptian Civilization,” he announced.

People to share their ‘COVID-19 dreams’ at Museum of London