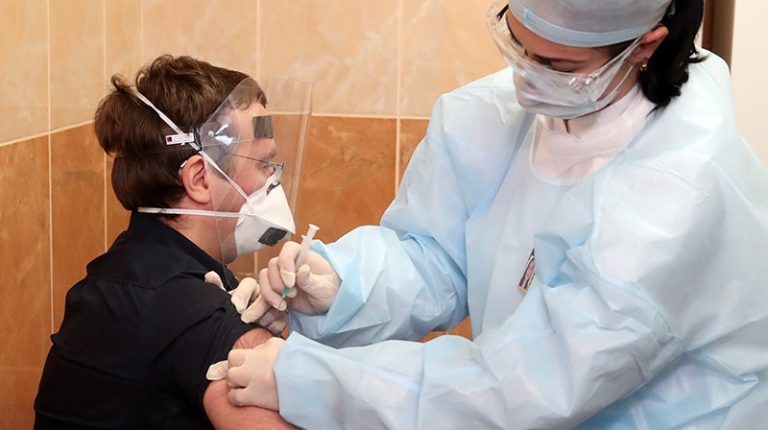 The Russian Embassy in Egypt has said it awaits the Egyptian Ministry of Health’s approval for the supply of a newly developed coronavirus (COVID-19) vaccine, dubbed Sputnik V, to Egypt.

The Russian Direct Investment Fund (RDIF), Russia’s sovereign wealth fund, and Pharco Pharmaceutical, one of the leading pharmaceutical groups in Egypt, have agreed in September to secure the supply of 25m doses of the Sputnik V vaccine to Egypt.

“Regarding the partnership with Egypt in terms of purchasing and producing the Russian vaccine ‘Sputnik V’, we appreciate the appraisal of the medicine by [Egypt’s] Minister of Foreign Affairs Sameh Shoukry and the expressed willingness to establish a mutually beneficial partnership in this area,” the Embassy added.

Both sides are interested in this deal and submitted all the necessary documents to related Egypt’s authorities shortly after striking it on 15 September,” the Embassy continued.

Moscow is sure that there is “a great potential in further deepening ties between Russia and Egypt through unifying efforts in combating the pandemic,” it said.

In an interview with Russia-24, Minister Shoukry expressed Egypt’s interest in the Russian COVID-19 candidate vaccine, adding that his country is in contact with Moscow about the supply of this vaccine after the completion of clinical trials.

In a statement on Wednesday, the Gamaleya National Center of Epidemiology and Microbiology in Moscow and the RDIF announced that the interim analysis of the Sputnik V vaccine trial phase III demonstrated 92% effectiveness. The analysis looked at more than 16,000 volunteers — who received either the vaccine or a placebo — three weeks after they had taken the first dose, according to a statement by RDIF.

In the meantime, the Russian Embassy said that a second vaccine candidate, developed by the Scientific Center “Vektor” based in Novosibirsk, had passed the first two stages of clinical trials in September and was registered under the name “EpiVacCorona” on 14 October.

“It is planned that in November or December the third stage of trials will begin after the launch of mass production of the medicament. It is expected that more than 40,000 volunteers will take part in tests, which will last six months,” the Embassy added.

Russia is currently facing a second wave of the COVID-19, as the government is intensifying efforts to curb the outbreak. The government has taken proactive measures that allowed the country to avoid a new lockdown despite the high infection rate, according to the Embassy.