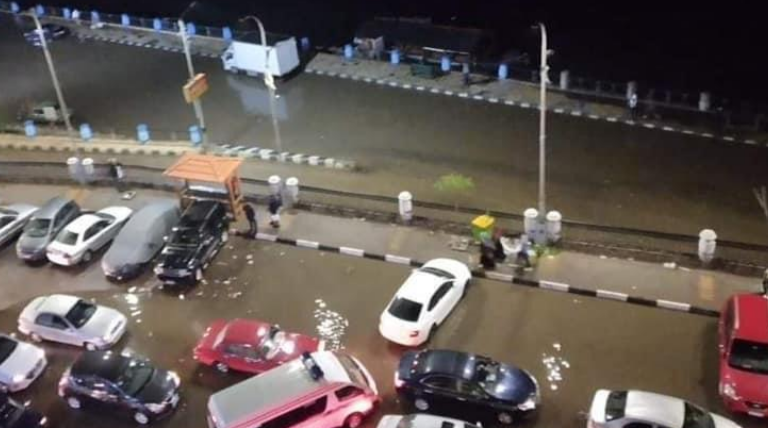 The Egyptian Meteorological Authority expects atmospheric instability in the country for three days, starting from Sunday. The authority expected cold and rainy weather in some areas in Greater Cairo, Delta, and the northern coast.

According to a Sunday statement, the authority said that moderate to heavy rainfall is expected on Sunday in the northern coast, while light to moderate rainfall is predicted on Monday and Tuesday in the same area.

Meteorologists expect calm weather in Cairo, Delta, and the northern coasts on Sunday, and moderate weather in South Sinai and Upper Egypt. At night, the weather will be cold in most parts of the country.

On Saturday, a wave of bad weather conditions hit Dakahlia governorate resulting in damage of some vehicles and houses due to floods, as well as disturbing the traffic for the whole night. Two people were killed and others wounded in Mansoura due to bad weather.

Experts expect light rainfall in some areas of Cairo, and moderate rainfall in Delta. Moderate to heavy rainfall is also expected in some northern areas such as: Sallum, Sidi Barani, Matrouh, Alexandria, Rosetta, Damietta, Port Said, and Al-Arish.

Winds are active in northern Upper Egypt, and on the western coasts, which may lead to disturbance of maritime navigation. Whilst, the state of the Mediterranean Sea and the Red Sea will be moderate to turbulent.

On Monday and Tuesday, most parts of the country are expected to witness moderate weather conditions in the day, while it tends to be colder at night.