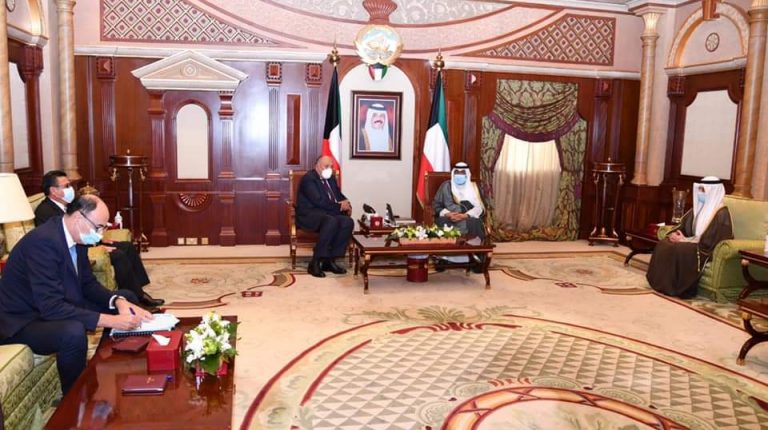 During the meeting, Shoukry expressed Egypt’s aspiration to continue deepening strong ties with Kuwait and enhancing bilateral cooperation in all fields in the coming period.

For his part, Sheikh Nawaf underlined Egypt’s pivotal role as “a pillar of security and stability” in the region, stressing Kuwait’s support for Egypt to achieve economic and social development.

The Kuwaiti Emir has also highlighted the need to continue coordination and consultations between Egypt and Kuwait in the light of their historic and deep relations.

The Egyptian Minister expressed the country’s appreciation for the Kuwaiti support to the Egyptian economy in recent years, especially by the Kuwait Fund for Arab Economic Development.