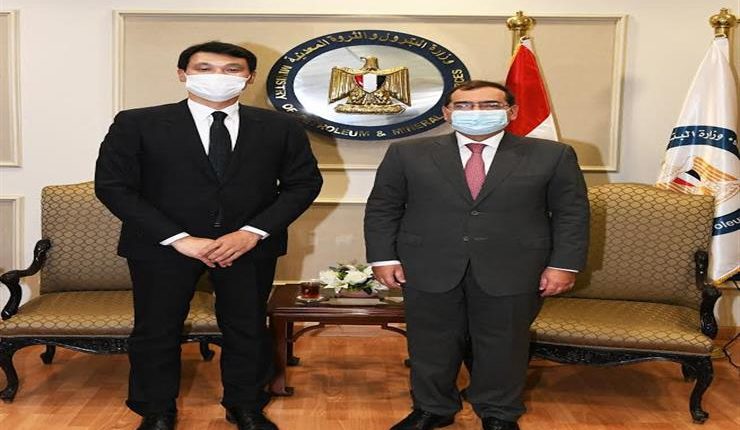 Egypt’s Minister of Petroleum and Mineral Resources Tarek El-Molla met, on Monday, with Hong Jin-wook, the ambassador of South Korea to Cairo, on Monday to review the situation of Korean oil companies operating in Egypt.

They also discussed ways to develop cooperation between the two countries in the oil and petrochemicals sectors.

According to a statement from the Ministry of Petroleum, El-Molla stressed that there are many promising opportunities in the Egyptian market for Korean companies after their success in implementing many petroleum projects during the past period.

For his part, the Korean Ambassador expressed his country’s aspiration to deepen economic and trade relations with Egypt, and the strong desire of Korean giant companies to work in Egypt, especially in the oil and gas sector.