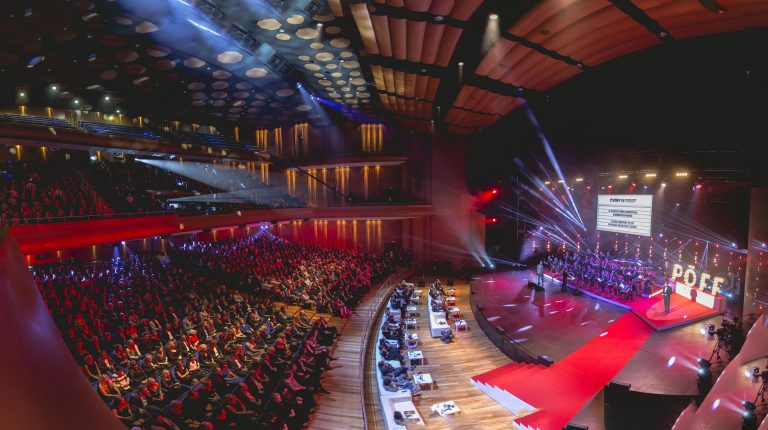 The Tallinn Black Nights Film Festival (PÖFF) announced, on Saturday, its new programmes which will run from 16 to 29 November.

The festival will screen 172 feature-length, 28 short films, and 13 series this year.

Two sub-festivals take part concurrently with the main programme: Children’s and Youth Film Festival “Just Film” which will screen 44 feature-length films. The other is PÖFF Shorts which selected 166 shorts and 123 animations. In addition, the Russian-focused Festival Kinoff is the newest member of the PÖFF family. It will screen 13 features and a short film. The main programme of the festival will see a record number of 33 world, 29 international, 9 European premieres.

According to PÖFF Director Tiina Lokk, the festival was not pursuing the premieres as a special agenda this year, offering filmmakers a chance to screen at domestic festivals, to give more people the opportunity to watch films on the big screen during these uncertain times.

“The bigger was the surprise when we received so many fresh films made with a strong and original creative vision! The decisions of what to take and what to leave out have never been this hard! We are hoping that all the great films that we were not able to accommodate will also be able to be exhibited on the big screen!” Lokk added.

Bigger changes in the programme include the popular Fashion Cinema that has received a new identity and is now called #PÖFFTrending, offering stories of trend-setters and pioneers in various fields of life offering a rich smorgasbord of urban cultural phenomenon.

Screening six films in total, the programme will be opened by the world premiere of the Estonian documentary Body Fights Back by director Marian Võsumets, who studies five people dealing with the paradoxes of diet culture.

Other world premieres in the programme include Jakarta, City of Dreamers by Indonesian director Ertanto Robby Soediskam and The Club of Angels by Brazilian director Angelo Defanti that screen in the Current Waves section.

A completely new programme at the festival is dedicated to the burning environmental issues we are collectively faced with. The Environmental Agency Environmental Film Programme will screen films Wolves at the Borders, Truffle Hunters, I am Greta, The Hidden Life of Trees, and The Mark Baumer Story.

Out of the two smaller retrospectives, the first will make a reverence to the Georgian director Zaza Urušadze (1966-2015) who worked closely with Estonian producer Ivo Felt, producing Tangerines that was nominated for the Best Foreign Language Film Academy Award in 2012 and screening also in the Main Competition of Black Nights. Other films in the programme of In Memory of Zaza Urušadze are Anton and Three Houses.

The other retrospective is dedicated to Estonian cinema and is curated by critic Tristan Priimägi, celebrating the publication of his new book 101 Estonian Films, screening 10 Estonian gems made between 1925 and 1989.