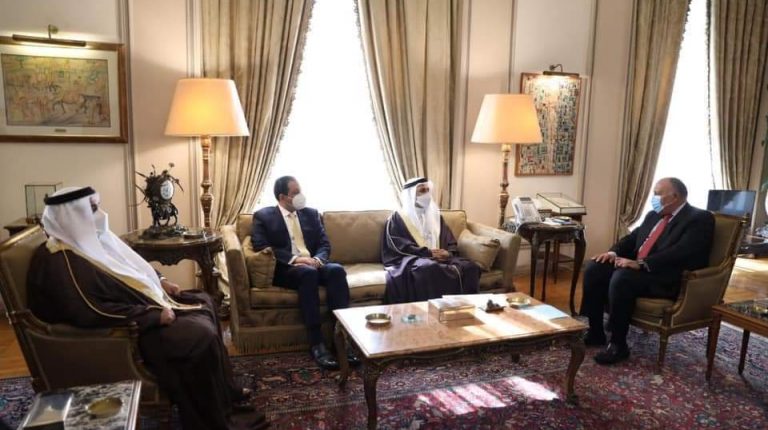 Shoukry and Al-Asoumi discussed the role of the Arab League’s legislative body in facing attempts to threaten the unity and stability of the Arab countries and their national institutions.

The meeting also touched on the most important challenges and regional issues in the region.

During the meeting, Shoukry congratulated Al-Asoumi for assuming the post, wishing him success in his new mission, according to a statement by the foreign ministry.

He asserted that Egypt’s upcoming parliament and the newly elected Senate will allow further exchange of expertise related to parliamentary work.