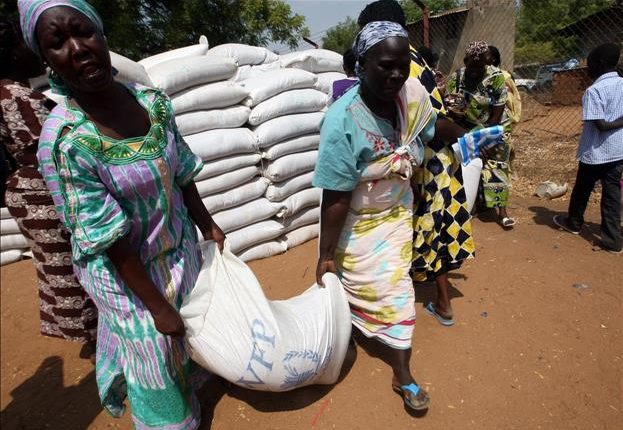 Afghanistan, Burkina Faso, the Democratic Republic of the Congo, Nigeria, South Sudan and Yemen will each receive a share of $80m from the UN’s Central Emergency Response Fund (CERF). An extra $20m dollars has been set aside for anticipatory action to fight hunger in Ethiopia, where droughts could exacerbate an already fragile situation, said the United Nations Office for the Coordination of Humanitarian Affairs (OCHA) on its website.

The funding has been released alongside a warning that without immediate action, famine could be a reality in the coming months in parts of Burkina Faso, North-east Nigeria, South Sudan and Yemen. This would be the first time famine has been declared since 2017 in parts of South Sudan.

“The prospect of a return to a world in which famines are commonplace would be heart wrenching and obscene in a world where there is more than enough food for everyone,” said the UN Undersecretary-General for Humanitarian Affairs and Emergency Relief Coordinator, Mark Lowcock.

“No one should view a slide into famine as an inevitable side effect of this pandemic. If it happens it is because the world has allowed it to happen. Famine can be prevented. But we have to act in time to make a difference. Right now, more money for the aid operation is the quickest and most efficient way to support famine-prevention efforts,” OCHA said.

CERF’s 80 million dollars cash injection will be distributed via cash and voucher programming, one of the most efficient, flexible and cost-effective ways to help people in dire need. It will be targeted at the most vulnerable – especially women and girls, and people with disabilities, according to OCHA.

A total of 20 million dollars has been set aside for anticipatory action for food insecurity and drought in Ethiopia. Already high levels of acute food insecurity are likely to be exacerbated by the October-December Deyr-Hageya rainy season, together with civil unrest, growing insecurity, locust infestations, and the economic fallout of the COVID-19 pandemic, which includes declining incomes and rising inflation.

CERF is one of the fastest and most effective ways to help people affected by crises. Since it was established in 2005, the fund has provided close to 7 billion dollars for life-saving humanitarian action that has helped hundreds of millions of people across more than 100 countries and territories. This would have not been possible without generous and consistent donor support.

Earlier in the day, an op-ed on averting famine by Lowcock and the Executive Director of the World Food Programme, David Beasley, was published online by The Times of London.