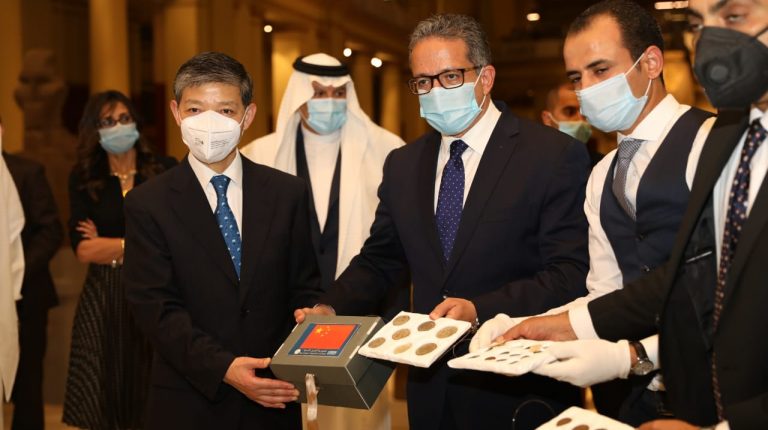 Egypt’s Minister of Tourism and Antiquities, Khaled Al-Anani, handed over, on Tuesday, 100 stolen antique coins to the ambassadors of China, India, and Saudi Arabia.

It came on the sidelines of a ceremony to celebrate the 118th anniversary of the Egyptian Museum in Tahrir.

Al-Anani handed over 65 stolen coins to the Saudi Ambassador in Cairo, including gold and metal coins, which were seized at the Cairo International Airport. The other recovered artefacts included 31 Chinese coins and 4 Indian coins.

During his speech, Al-Anani stressed that Egypt is not only preserving its cultural heritage, but also the whole world’s heritage.

For his part, the Saudi Ambassador praised the Egyptian authorities for their efforts to prevent smuggling the antique coins.

The Chinese ambassador described receiving these coins on behalf of the Chinese government as a great honour. He pointed out that this is the second time that Egypt returns Chinese antique coins, wishing for more cooperation between the two countries in fighting illegal trade of antiquities.

The Political Counsellor of Indian Embassy, on behalf of the Ambassador, thanked the Egyptian Minister for handing over those coins of Indian origin.