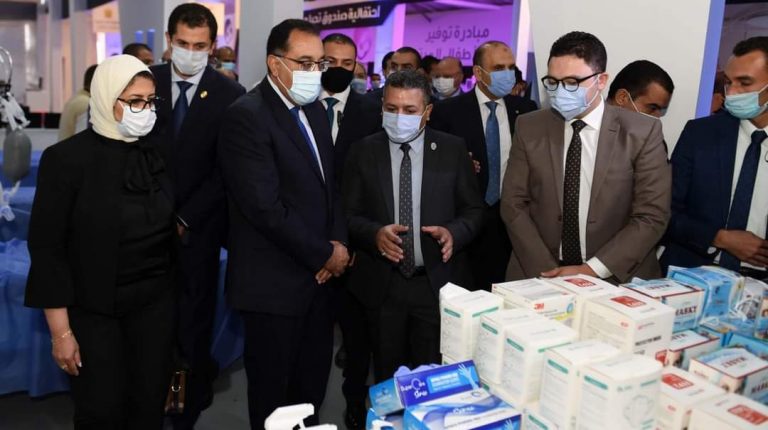 Egypt’s Prime Minister Mostafa Madbouly has revealed that the country’s launch of the world’s largest humanitarian convoy is an achievement that should be added to the list of the Tahya Misr (Long Live Egypt) Fund’s successes.

Madbouly participated, on Thursday, at the fund’s celebration of the launch of the humanitarian convoy, which is expected to provide aid for one million families before the winter season in Egypt.

The convoy aims to provide a decent standard of living for the most vulnerable families across Egypt, whilst combating the negative effects of the novel coronavirus (COVID-19) pandemic.

The initiative was launched in cooperation with the Tahya Misr Fund to protect families during the winter season. The Fund has, in the last period, succeeded in providing safe housing for more than 10,000 families, to protect them from the rain and provide them with facilities.

During the ceremony, the Prime Minister also undertook a presentation on the Ministry of Social Solidarity’s efforts in the field of social protection for the most vulnerable families. He highlighted the ministry’s efforts to improve services and support mechanisms for this segment of society.

Madbouly said that, for the past five years, the Egyptian government, banks, the private sector, and civil society organisations in Egypt have participated in unified efforts that have become the keyword behind the Tahya Misr Fund’s successes. The fund, which focuses on sustainable development, has implemented its initiatives to ensure a direct impact on the lives of thousands of the most vulnerable families nationwide.

He added that the participation of all state agencies in implementing development projects have put an end to these families’ sufferings, whilst also bringing much joy.

The Prime Minister said that the fund was able to achieve success in various development and service projects, particularly in health care, social support, urban development, economic empowerment, and support education and training.

Madbouly said that the fund, which was set up under the auspices of President Abdel Fattah Al-Sisi, has the ambition to create an advanced and prosperous country dominated by social justice. It also aims to build a new society that secures opportunities for development and growth for its children.

He added that the fund helps to successfully implement further achievements, and create new and flexible solutions for social problems in a way that guarantees a decent life for all Egyptian citizens.

The Tahya Misr Fund has already succeeded in breaking two Guinness World Records, including providing the largest donation of foodstuffs in the world.